The Continental club masters are going into this game to redeem themselves from the mess created some years and days ago.

This is the team that has conceded the highest number of goals in the Africa campaign. They took the record from ten years running without a major trophy and gave treble to the club last season.

With the hope of retaining the trophy and keeping their heads up for the next African CAF Champions League qualification, if possibly they can add that to their gallery.

The team played out of care with WAC of Morocco at Rabat where they lost woefully by 6-1 which broke the record for a long time.

The team is going into this match unknowingly the squad coach Boadu is going to deploy for the match today.

All things been equal, this is the best team that needs much recognition and should never be underrated because they are playing better.

Just that, the goals are not coming from the strikers. Everybody is waiting for Awako to make his debut in this game which makes him eligible to compete every team that they will meet in the tournament.

The come back if the player may be a blessing in disguise which will automatically drop much of the moral from the player.

The 23 man squad coach Samuel Boadu called is unknown to the fans out there who have been criticising his lineup and substitutions in a match. This have kept the team not jelling the way he wants it.

All the fans have their favourite player been it their top striker Kojo Obeng Junior, Gladson Awako, Patrick Razak, Caleb Amankwah, Frederick Ansah Botchwey, Kofi Kordzi et al. But all the players can’t play the match at a goal.

The newly signed players that needed to be given the motivation to do well for the team is no more becoming a proud signings for the coach.

The coach needs to let the team become friendly and strong with his positive motivation coming back once again. This will be a sign of a good coach and doubters will be disgraced.

But because there has been a lot of talks at the selection of the coach, he has decided to keep it on the low key and go into this match with his tactical know how. 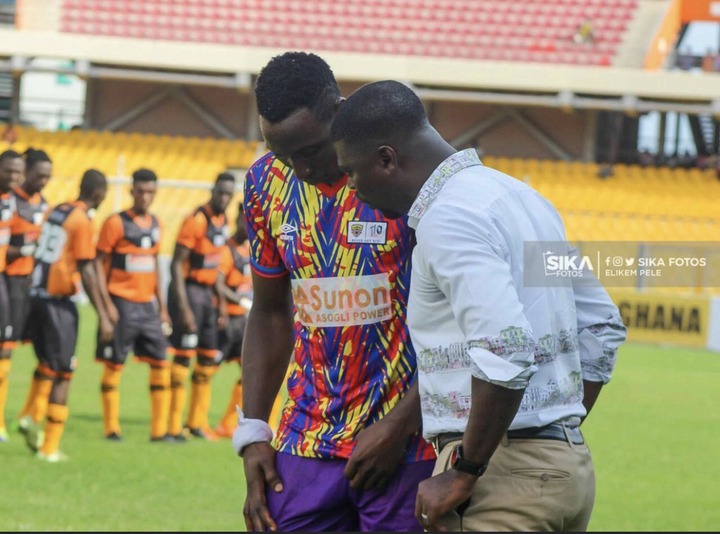