By Koinonia (self meida writer) | 13 days

He hanged up his boots rather prematurely because he was tired of playing soccer all day and always ending his day in a Kiosk for shelter.

One day, news went viral that Coach E. K Afranie aka Coach Hene (May his soul rest in peace) was coming to Takoradi to scout for players to form a National team.

He had so much respect and admiration for Coach Afranie that though he was not going to justify his inclusion, he went there just to see him. When he got to the Takoradi Gyendu Park, he indeed saw Coach Afranie and greeted him.

Coach asked him if he does not know how to play football and why he did not dress up to play. He told the coach he could play but he stopped because he could not see light at the end of the tunnel.

Coach Afranie advised him to go and come back the next day to play.

Unfortunately, he did not have boots at the time so he had to make do with a friend's boots which were even tattered. He managed to stitch the boots up a bit and showed up the next day.

Believe it or not, out of over 500 players who showed up , this guy was the only one who was scouted to join the National team.

His name is Abeiku Ainooson, and I hope his story inspired you.

Keep trusting God, fir out of nothing God can make something out of it. 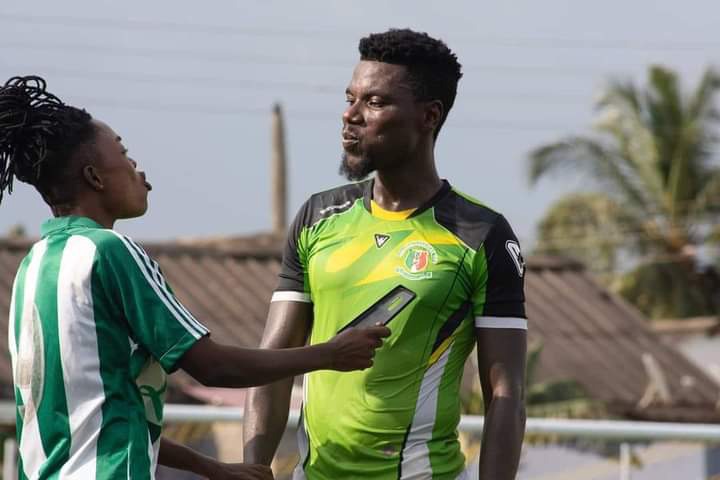