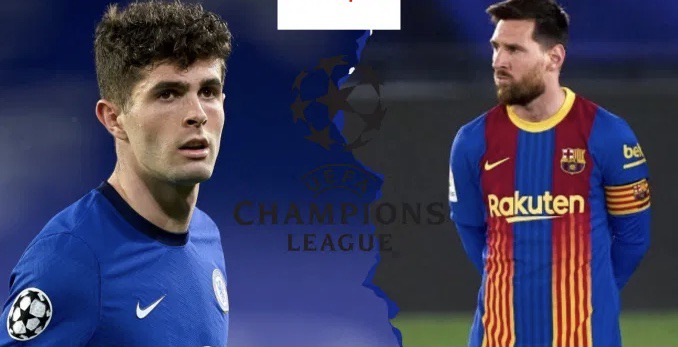 Blues saw a night of accomplishment as they despite losing 1-0 to FC Porto, still managed to leap into the semi finals on aggregate. 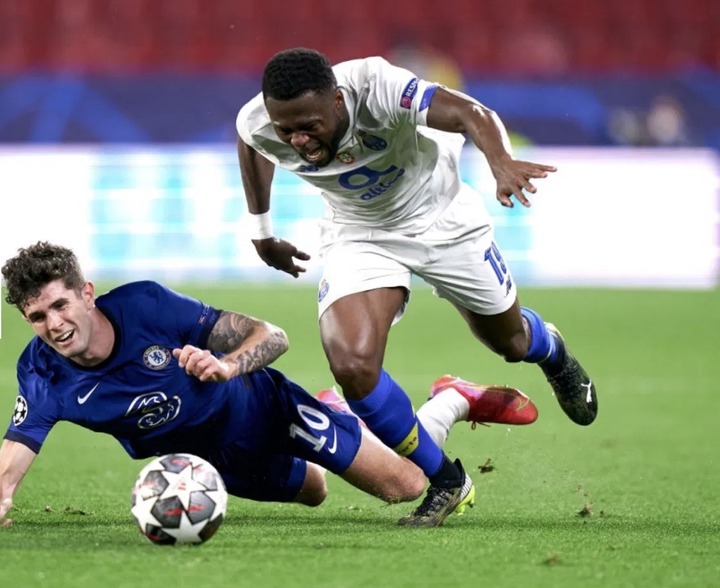 Chelsea’s 2-0 first leg victory provided them the wedge to rely on as they battled a success-hungered FC Porto last night.

The Portuguese side’s rage and determination couldn’t be hidden as it all told on Christian Pulisic who suffered the most blow and rough tackles.

The game last night presented a quick and eager to regain possession Porto despite when and where they lost it.

Holding down Christian Pulisic must have been definitely one of the major tasks Sérgio Conceição handed his men at the backroom.

According to stats by ESPN, the American was fouled many times ranking up to 11 in that very night.

This saw him become the most fouled player in a UCL game since Lionel Messi’s 2011 hell match against Real Madrid. 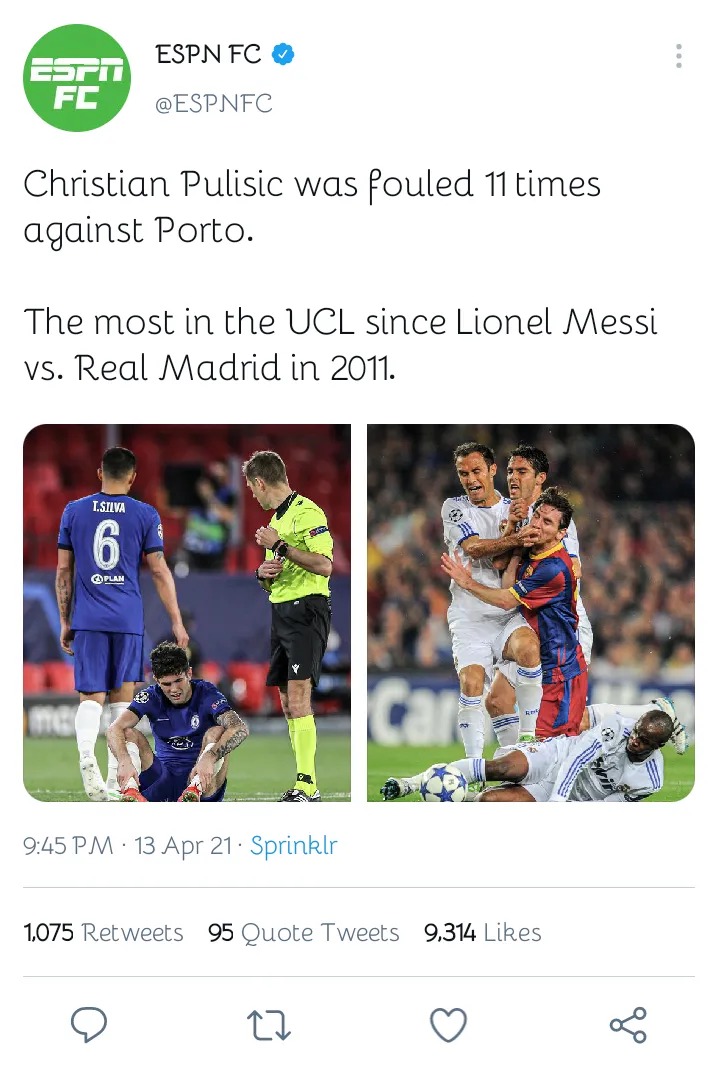 Pulisic seems to have rediscovered his form as he also lasted 90mins of the game time and later on named man of the match for his impacts in the game.

Unlike earlier on when Pulisic battled for consistent due to series of injuries which saw his game time reduced since arriving from Borussia Dortmund.

The 22-year-old hopes to return to action on Saturday when Chelsea battles Manchester City for the Semi final of the FA Cup trophy.