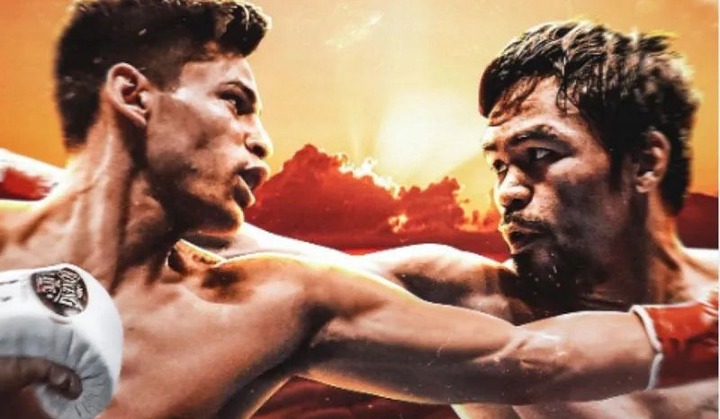 The other day Ryan Garcia clarified his position on a potential fight with resident legend Manny Pacquiao, making a video for his Instagram feed which boasts 8.4 million followers in which he said that if it’s finalized it would be a real fight and not an exhibition as some have suggested.

Hey, everybody, just want to make it real clear my fight with Manny Pacquiao will not be an exhibition, Garcia said It will be a real fight. Shooting for 12 rounds. All on the line. Our records on the line. I just wanted to make that very clear for everybody. First off, there is no fight, at not least yet. There’s a long way to go before it’s a reality and I certainly have major doubts that the fight will happen. In fact, I’d bet that it won’t. But I am not going to hate on the fight.

The more I think about it the more I am perfectly fine with it, and even somewhat interested in seeing it, if it should actually come pass instead of this being a social media fanstasy thing. Obviously, it would be a very big event, which is what boxing needs and thrives on.

Pacquiao is in the twilight of his career and wants only one or two more fights. At age 42, with 71 fights, 486 rounds, world titles in a record eight weight classes and a glittering resume, he has earned the right to fight whomever the hell he wants, especially since he has not boxed since January 2019 due the coronavirus pandemic wiping out plans for fights in 2020.

And while I would definitely prefer to see undefeated 22 year-old young gun Garcia tangle with any of his immensely talented fellow lightweights namely Teofimo Lopez, Gervonta Davis or Devin Haney rather than have to rise in weight to meet the PacMan, I totally get his desire to fight one of boxing’s historical figures. Pacquiao won’t be around much longer, it would be a mega event and a massive payday, not to mention helping Garcia become an even bigger star than he already is.

So, to reiterate. I seriously doubt the fight will actually take place. If by chance it does. I’m definitely intrigued and would look forward to covering and watching it.

3 Gospel ghanaian musicians who found love again after they parted ways with their ex-husbands.

They Did The Demonstration With A Reason, And It Needs To Be Addressed - Black Sheriff Tells