Below are the players whose performance cannot be overlooked in this week Champions League; 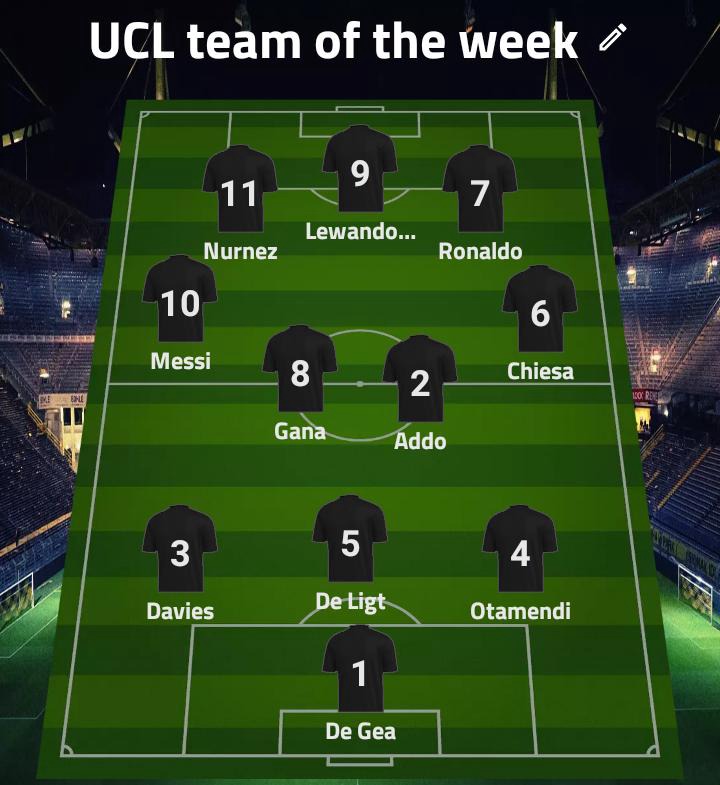 David Degea put up a master class performance against Villareal and made 6 saves in the game. He also made 24 touches in the game that lead to their 2-1 victory over Villareal.

Nicholas Otamendi was in fantastic shape for Benfica who continued their unbeaten in the season by humiliating Barcelona 3-0.

Edmund Addo of FC Sheriff takes the righ side of the midfield for his excellent performance against Real Madrid. They currently lead the group with 6 points ahead of Real Madrid and Inter Milan.

Iddrisa Gana Gueya opened the scoring for PSG as they beat Man City 2-0 at home. The Senegalese international was superb in the midfield.

Cristiano Ronaldo and Chiesa takes the wings as they made an impressive contributions to their teams respectively. The pair scored the winning goals for their clubs.

Benfica striker Nunez scored brace in their 3-0 victory over Barcelona. Lionel Messi and Robert Lewandowski also makes the team of the week. 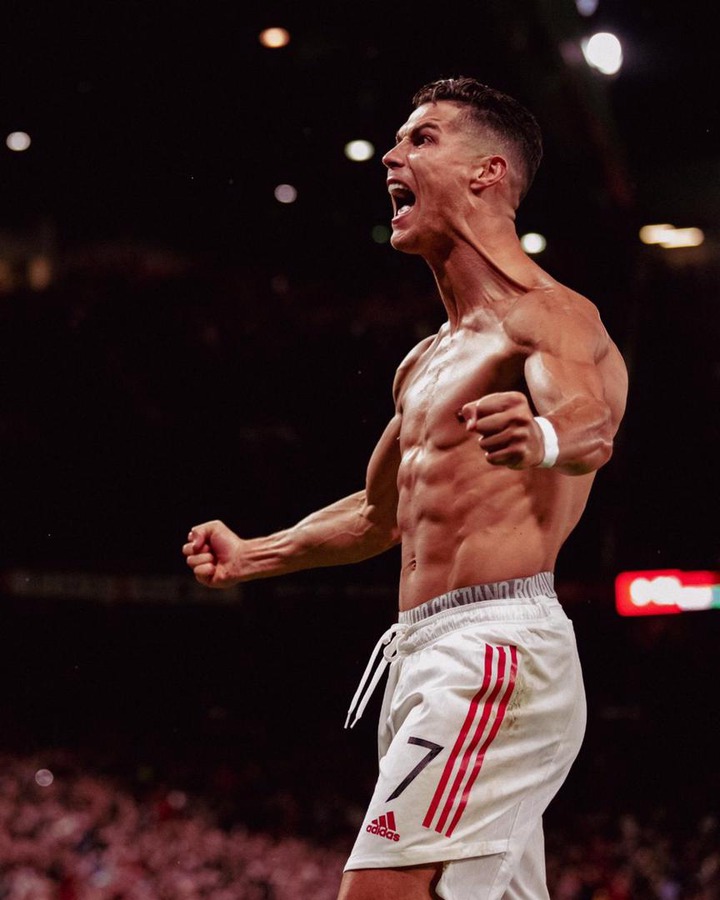 After scoring the winner against Villareal Cristiano Ronaldo made history once again;