Leeds vs Chelsea - My View 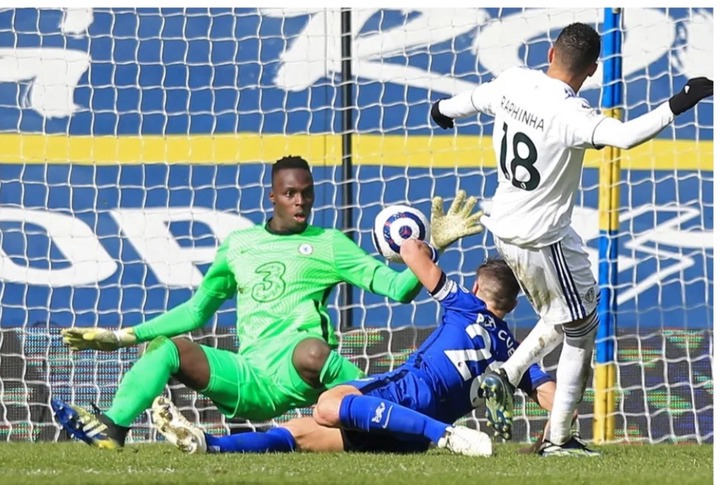 A frustrating 0-0 draw transpired at Elland Road yesterday, in a battle between these old foes on what was hardly the carpet rug often laid out for Premier League footballers in recent years. Nevertheless, this wasn’t an excuse for why Chelsea were unable to obtain three precious points in their pursuit of Champions League football next year.

I went ahead and dissected this game further upon re-watching, this article touches on components I noticed that may have contributed to this result, plus some of the heavily discussed points on the timeline post-match and my opinions on those topics.

In the first viewing of this team, it should be strong enough to get by an inconsistent Leeds team in a poor run of form. However, that’s why football isn’t played on Football (or FIFA or FM for that matter).

The team felt rotated because “it made sense” to give certain individuals minutes where possible, such as a rare start for Christian Pulisic, albeit at RWB which is a role that simply doesn't suit his skill set, and Hakim Ziyech, of whom I feel is a lot better suited as a RW in a 4-3-3, not a CAM in this 3-4-2-1 set up under Tuchel.

The rest of the team made sense in terms of rotation and given the magnitude of our next fixture. I was glad to see Kai rewarded for a strong performance against Everton with another start; nonetheless, the chemistry of the team dropped with these rotations, the natural fluidity had disappeared and seemed forced throughout and Chelsea were somewhat predictable.

Thomas Tuchel has made us defensively solid, in and out of transition, however, as of now we are slow and predictable in the final third.

Watching Chelsea today, often I found myself predicting where the next pass would go in the final third, which is an issue. When building up in the defensive and middle third, yes this is acceptable; however, in the final third we need to be unpredictable, we need to be creative with our movement and decision making, breaking defensive lines in an abundance of ways, not the predictable waves of moving the ball side to side, only to then overhit an ambitious cross from wide, or shoot from distance in desperation.

Today, if you looked at our front three - Ziyech, Mount + Havertz, they all enjoy linking up play, not necessarily being the “finisher” of those moves (bar Havertz perhaps - who is the more clinical of the three).

Often you can find them cutting inside, dropping into intimate pockets of space and looking to find the killer pass far too often and late, rather than taking on their man and showing a side of “greediness” and initiative which is needed in those areas (Mason Mount’s goal vs Liverpool for example.

Many would simply put it down to all those players having very similar profiles and to fix that we need the profile of a true number nine, which you can understand. Due to the fact we possess the ball most of the time each game and are somewhat autonomous at moving the ball around, often we find ourselves stuck in this setting even when in shooting range, which is frustrating for all parties involved.

Sometimes, if you are unable to get creative, nor break the opposition down, you rely on a little bit of magic from your talisman.

Our talisman as of now is Mason Mount, without a doubt. However, he isn’t a regular “goalscorer” as such, nor should be relied on to rescue us week after week in this department.

We are needing a central figure to step up in those tough moments and make something out of nothing, (sound familiar? Cue King Didier Drogba).

There’s a reason Chelsea are pursuing Erling Haaland heavily, Tuchel also craves this type of player, of which it appears Tammy Abraham isn’t seen to be that player. Quite simply, we need this profile of player if we want to compete on numerous fronts and win trophies.

Reece James, Callum Hudson-Odoi and Timo Werner all came on today. If you looked at Chelsea’s bench as the game started and were a betting man, I’d like to assume a lot of you would’ve punted a few bob on those three being the ones to come on in the game. If this is the case, surely this is an admission that perhaps too much rotation was at hand and perhaps Tuchel got the starting team wrong?

It seems harsh I know, particularly with how good this squad is, how key man-management is and how well Tuchel has done.

However, Tuchel has previously admitted he done this in our recent draw against Southampton; for me, this game has a similar feel to that. One eye was on the Atletico Madrid game on Wednesday prior to this game, both eyes are certainly on it now.

Tuchel even suggested after this game the rotation game may slow, as he searches for a more consistent starting team to achieve the clear goals set out by the board upon his arrival.

My final hand on this; I’d bet many of you could choose the starting XI for that game, maybe shoot them below this article for a bit of fun aye gaffers…

There isn’t a position on the pitch that relies on instinct and consistency more than the centre forward role, false or not. Kai has played there in just two games under Tuchel’s instruction and has done well with it. Yes he’ll be disappointed he didn’t score today, such is his quality; nevertheless, the clinicalness comes with time, experience in those moments and consistency with playing with those around him.

This won’t be the last you see of Kai playing the false nine, expect him to be more and more effective the more he plays there.

With that said, would a ‘true number nine’ have helped today? Potentially. You’d assume Erling Haaland may finish the same chance Kai had above being a more prominent goalscorer, yet we will never know.

Nevertheless, a single piece of magic in the final third today could’ve been the difference between one point and three. World-class number nines often create and score goals out of nowhere, often making those chances themselves and taking the game by the scruff of the neck when nobody else seems to be able to, cue Didier Drogba, as mentioned above. Chelsea most certainly could use this profile of player, everyone associated with the club knows that.

With that said, this profile of player won’t be arriving at least until the summer of this year. Until then, I believe a lot of the weight has to fall on the two attacking midfielders deployed in this 3-4-2-1 system to step up and be more bold and creative with their decisions and execution in the final third.

Too often the final pass is overhit, taken too long to be played, or simply missed, improvement is needed there. We have enough in Kai Havertz, Timo Werner, Tammy Abraham and Olivier Giroud to get goals from the number nine role without a doubt, an improvement in finishing form from all of them would be much welcomed.

However, as of now, it takes a village, and the two attacking midfielders are apart of that.

In conclusion, today was one of those days. Eventually, the lack of creativity and missing of an abundance of chances was going to catch up on us, today was that day.

Nevertheless, we kept yet another clean sheet (I have my views on this and the overwhelming chatter on it, I’ll save this for another day) and got ourselves another point on the board.

Call this a ramble, I’d probably agree with you. I deliberately included no statistics or numbers in an attempt to rely purely on my ‘eye test’ and opinion, of which I trust and so should you when giving yours.

With that said, let’s continue supporting our players, whatever the price tag and have a little patience as this project under Thomas Tuchel plays out. He is still learning about his team, so are we. Up the Chels.