20 facts about el classico you need to mknow

By Kelvinbaffour (self media writer) | 1 year ago

Thibaut courtois is the first real Madrid goalkeeper to keep a clean sheet in the league in el classico since iker cassillas.

Real madrid's 2 0 win over barca was the first time real Madrid kept a clean sheet in el classico in the league at the bernabeu since 2006.

Real Madrid 0 0 draw was the first time kept a clean sheet at camp nou since 2007.

Keylor navas kept only one clean sheet in el clasico(2 0 win over barca in the Spanish super cup).

Barca failed to beat Real Madrid in the league for the first time since the 2012 2013 season.

Karim benzema has not scored an el clasico goal in the league since April 2016.

Karim benzema has not scored a goal in el clasico since 2017.

Real have not won an el clasico match by more than 3 goals since 2008.

Real Madrid and barca have nnotdrawn at the Santiago bernabue since 2011.

Ronaldo has scored more goals at the camp nou than messi(13 to 11).

No Real Madrid player has scored a hatrick in el classico since Ivan zammorano way back in 1995.

Barca have not lost at home to real since 2017.

Zidane is the only real Madrid player to not have lost at camp nou so far(2w3d).

2019 2020 season is the first seasonSuarez failed to score in el classico since he started playing for barca.

Barca are the only to have beaten real for four consecutive seasons away from home.(2015 2019).

Sergio Ramos' goal in the 1 1 draw against barca at the camp nou was his first at camp nou since 2007.

Lionel messi is the only player in el clasico to have scored hatricks at both camp nou and Santiago bernabeu stadium. 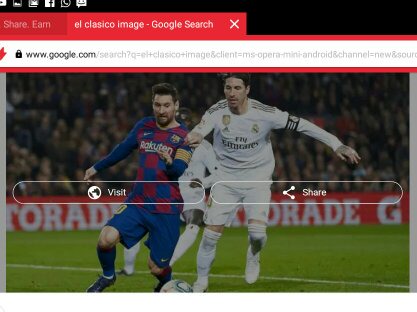