By Whatsap (self media writer) | 2 months ago

Nana Opoku Ampomah, a Ghanaian international, has said that he regrets leaving German Bundesliga side Fortuna Dusseldorf in 2020, according to his cousin.

After a falling out with the Dusseldorf-based club, the previously highly-rated attacker joined the Belgian team on a two-year loan agreement from the German Bundesliga 2.

Nana Opoku Ampomah thought that because he had previously thrived with Waasland-Beveren, he would be able to settle in quickly in Belgium.

Unfortunately, he did not receive what he had hoped for at Royal Antwerp. As he grew disgruntled throughout his two seasons at the club, he spent the majority of his time warming the bench.

Nana Opoku Ampomah has returned to Fortuna Dusseldorf after his two-year loan deal came to an end this month. He joined the club for a club-record fee of €1 million.

According to his cousin, the Ghanaian attacker has returned to Fortuna Dusseldorf with remorse for ever leaving the club.

"He pondered why he had done it in the first place." "In Antwerp, nothing went as planned," Nana Ampomah's relative told Bild.de. 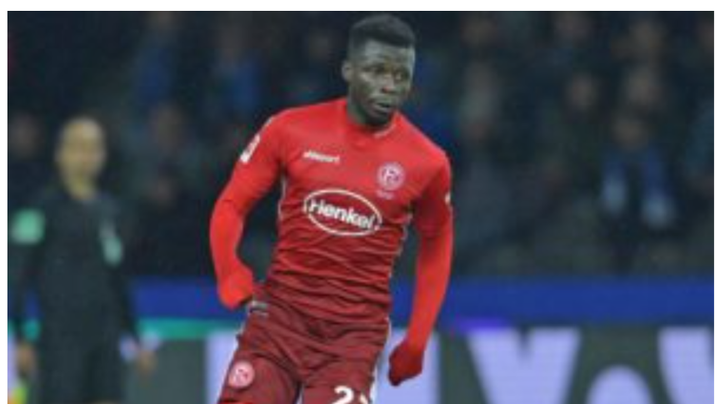