By Newsroomhub (self media writer) | 8 months ago

The highly rated striker has rejected the promises to be given to him by the porcupine warriors and now secured a deal in the north part of Africa. Benjamin Bernard Boateng was born in 20th November 2000. He had his professional contract with Elmina Sharks back at 2017, he plays as an attacking midfielder. Benjamin Bernard Boateng played 14 games and netted 7 goals, won 7 man of the match awards to his name. 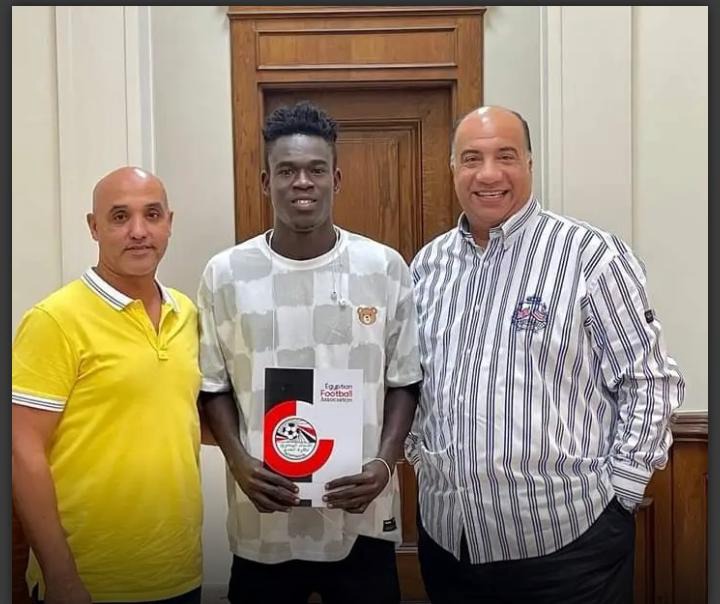 The Ghanaian striker Benjamin Bernard Boateng has sealed a three years deal with an Egyptian club Ittihad Alexandria from Ghana premier league side Elmina Sharks. It has been understood that Elmina Sharks will earn around US$100. Boateng left the shores of Ghana to the Maghrebian nation on the Wednesday night to seal the move to the Egyptian club Ittihad Alexandria. It is said the two clubs have agreed on the move

The 20 years old was expected to arrive at Alexandria on the Thursday to undergo his medicals examination before he put pen on paper to sign the contract. He has become the second player from the Ghanaian top flight to sign by the Egyptian club Ittihad Alexandria after Bechem United skipper Moro Salifu who completed his switch a fortnight ago

Content created and supplied by: Newsroomhub (via Opera News )

I Have All The Videos And I Will Show It If Ghanaians Should Dare Me - Prophet Kofi Oduro Speaks.