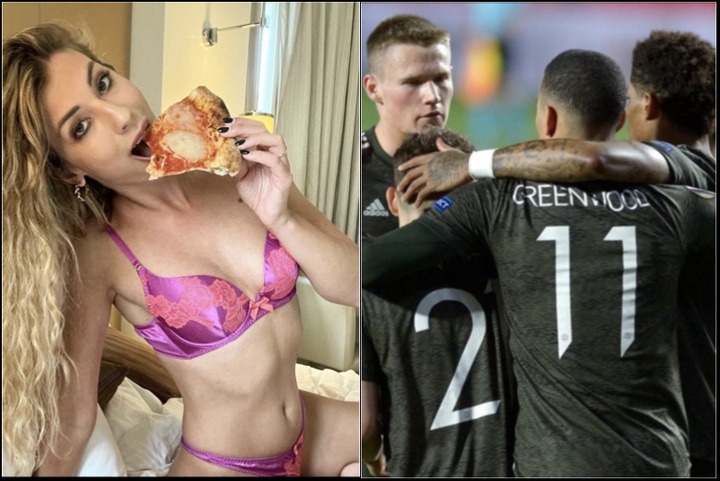 2. Lionel Messi should follow his heart and stay with Barcelona this summer in a bid to restore the Blaugrana to their former glories, according to his former Argentina team-mate Franco Di Santo.

3. Sergio Ramos admits that Lionel Messi has made Real Madrid suffer down the years, with the Blancos captain of the opinion that he would have “more titles” to his name had an iconic Argentine not been at Barcelona.

4. Bastien Schweinsteiger on yesternight Neymar assist, "99 of 100 Players would have passed back to the goalie neymar". "One of the best assists, I have seen for a long time With the weaker one of his two feet".

6. The real reason for Champions League match official Octavian Sovre chasing down Borussia Dortmund striker Erling Haaland to get his autograph after a European clash with Manchester City has been revealed. It has emerged that Sovre collects autographs from leading sports stars in order to auction them off for a charity in his native Romania that supports young adults suffering from severe autism.

7. All 64 matches of the FIFA World Cup 2022™, to be held in Qatar, will be broadcast live on SuperSport after the World of Champions concluded a broadcast deal with FIFA.

8. Frenkie de Jong has made it clear he is happy to feature in defence when the situation requires it, but he does not see himself emulating Ronald Koeman and becoming a mainstay at centre-back for Barcelona.

9. Bruno Fernandes has scored 19 of his 20 penalties taken for Manchester United in all competitions.

10. Barcelona and France forward Antonio Griezmann became a father for the third time today. All three of his children were born on April 8—in 2016, 2019 and 2021.

11. Arsenal legend Martin Keown cannot understand why Gabriel Martinelli is not getting more minutes under Mikel Arteta this season.

12. Mikel Arteta has left Martin Odegaard out of his Arsenal squad to take on Slavia Prague as a precaution.

13. Roma wing-back Riccardo Calafiori was bemused after he received a yellow card, seeing as the Ajax ball-boy had thrown the ball at his face.

14. Marquinhos’ camp very pessimistic about the player’s chances of being fit for the Bayern Munich 2nd leg clash.

15. Marcus Rashford is the fourth Premier League player to reach 20 goals in all competitions this season after Harry Kane (29), Mo Salah (27) and Bruno Fernandes (23).

16. One month ago, Neymar reached a verbal agreement with PSG to extend his contract until 2026 - last details to be sorted.PSG are now waiting for Neymar to sign.

17. Mikel Arteta insists he has full belief his Arsenal side will still progress in the Europa League after they conceded a last-gasp equaliser in the first leg of their quarter-final clash with Slavia Prague.

18. Raul Jimenez may not play for Wolves again until next season, with the club determined to adopt a prudent approach to their star striker's return.

20. Manchester United are reportedly eyeing a move for Juventus forward Dejan Kulusevski, a player who has previously been linked with a move to Old Trafford.

22. Manchester United will explore the possibility of signing England midfielder Declan Rice, 22, in any deal with West Ham for compatriot Jesse Lingard, 28.

23. Chelsea flop Danny Drinkwater will try to force his way into Thomas Tuchel's plans next season as he hopes "things turn around" for his Stamford Bridge career.

24. Former Liverpool midfielder and Brazil international Philippe Coutinho, 28, is among nine players who will be put up for sale by Barcelona this summer.

25. Real's 29-year-old Spanish winger Lucas Vazquez, whose contract expires at the end of the season, has not committed his future to the Bernabeu amid interest from Manchester United and Chelsea.

26. Bayern Munich manager Hansi Flick looks set to take over as manager of Germany once Joachim Low steps down after this summer's European Championships.