By SVTVAfrica.com (self media writer) | 4 months ago 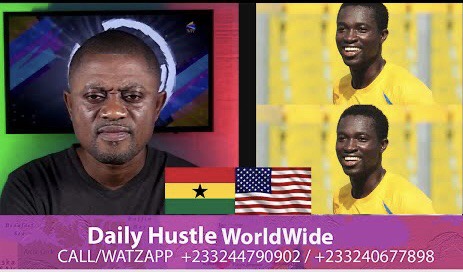 Former Ashanti Gold striker, Emmanuel Baffour has disclosed why he would prefer his children to build other careers and not football.

According to Emmanuel, he does not want his children to be footballers despite the talent he has seen in them, especially his secondborn.

In an interview on ‘Daily Hustle Worldwide,’ the 2012 GPL top scorer indicated that he would not want them to suffer as much as he did in his profession.

“The second female has the talent, but I wouldn’t want her to be a footballer because I suffered as a footballer. It wasn’t easy.

The other also plays well, but I haven’t really focused on that talent yet, and I can’t decide for them either,” the father of four said.

In 2011, Baffour was called to the Black Star’s provisional 25-man squad for the 2012 African Cup of Nation, but he was not included in the final 23-man team.

However, he made his first Ghana debut against Chile in February 2012 at PPL Park in Pennsylvania.