The Lionel Messi's Story: How Did He Get To The Top Of The World?

Lionel Messi—probably the best player in the world today. He is one of the finest and most exciting footballing talents in the world. He had this never ending comparison with the former Manchester United Winger Cristiano Ronaldo but he kind of shrugged off it by helping his team defeat Manchester United convincingly in the UEFA Champions League finals at Rome 2009. 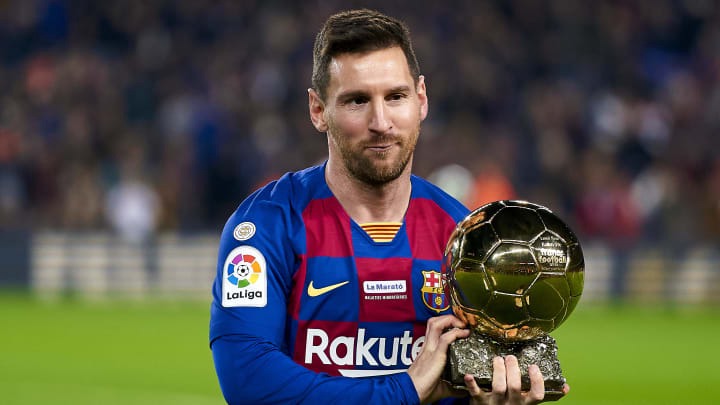 How did he attain this place at the top of the world? At cloud nine?

Messi’s performances in the 2005-06 season earned him rave reviews and a place in Argentina’s World Cup squad.

A forward or attacking midfielder, Messi is blessed with outstanding ball control and pace and has the potential to become one of the finest players the game has seen.

Barcelona is reaping the benefits of his growing maturity on the highest stage and at home in Argentina he has become the latest player to earn the moniker of ‘the new Maradona’. That is a difficult tag to carry, but so far he has borne it well.

Yet, Messi’s story could have ended before it begun had Barca not taken him under its wing at an early age. Messi was born in Rosario, Argentina, and showed a great aptitude for football as a child. He played at a club called Grandoli, which was coached by his father, from the age of five and later moved to Newell’s Old Boys.

He showed all the signs of having a promising footballing career ahead of him but at the age of 11 he was diagnosed with a growth hormone deficiency that required expensive treatment.

His parents could not afford it but after some tentative signs of awareness in Messi’s talent from Barcelona, they decided to move to Spain. Messi tried out for Barca and the club was so impressed it agreed to pay for his medical treatment.

Barca is now receiving enormous return on its investment after Messi rose through the youth ranks to the very top. He was in the first team by 17 and a full international the following year.

He shone even in a Barcelona team boasting the ilk of Ronaldinho and Samuel Eto’o but missed the successful conclusion to Barca’s UEFA Champions League run having had his season ended prematurely by a thigh injury.

He also missed three months of the following season with a broken metatarsal but the second half of the 2006-07 campaign was when he truly came of age. He became the youngest Barca player ever to score a hat trick against its fiercest rival Real Madrid in ‘El Clasisco’ and netted 11 goals in the last 13 games of the season.

Barca fell short in its title defence in 2007 and has lost even more ground to Real Madrid in what has been a difficult 2007-08 campaign. Yet, through it all Messi, despite another lengthy spell out injured, has been the star.

It was chiefly through his form that the Catalan club reached the Champions League semifinals after a domestic title challenge had long since fizzled out.

2007-2008 was "so near yet so far" for Messi and Barca. They missed out of the La Liga title to Real and were defeated by a single goal in the UEFA Champions league semifinals by Manchester United

Then came Pep Guardiola. Messi took his game to the next level. He raised the bar. He scored 38 Goals in all competitions helping his team win the Treble- The Spanish Cup, La Liga and the UEFA Champions League. They defeated their Rivals Real Madrid 6-1 in the El Classico at the Bernabeu and took revenge over Manchester United by defeating then in the UEFA Champions league finals. In both the occasions—Messi Scored.

Messi is a Spanish citizen but chose to represent Argentina. He overcame injury to feature in the 2006 World Cup and helped his team reach the Copa America final last year.

Messi is said to be dating an Argentinian teenager called Maracena Lemos, an aspiring model whom he met during a period of recuperation from injury. It is said she was only 14 when they met.

No injury is ever likely to faze Messi after coming through his childhood difficulties, but he does seem to have had some bad ones. He tore a thigh in a Champions League tie against Chelsea in 2006 before breaking his foot the following season. He was sidelined for six weeks again after tearing a thigh muscle this March against Celtic. He left the field in tears. 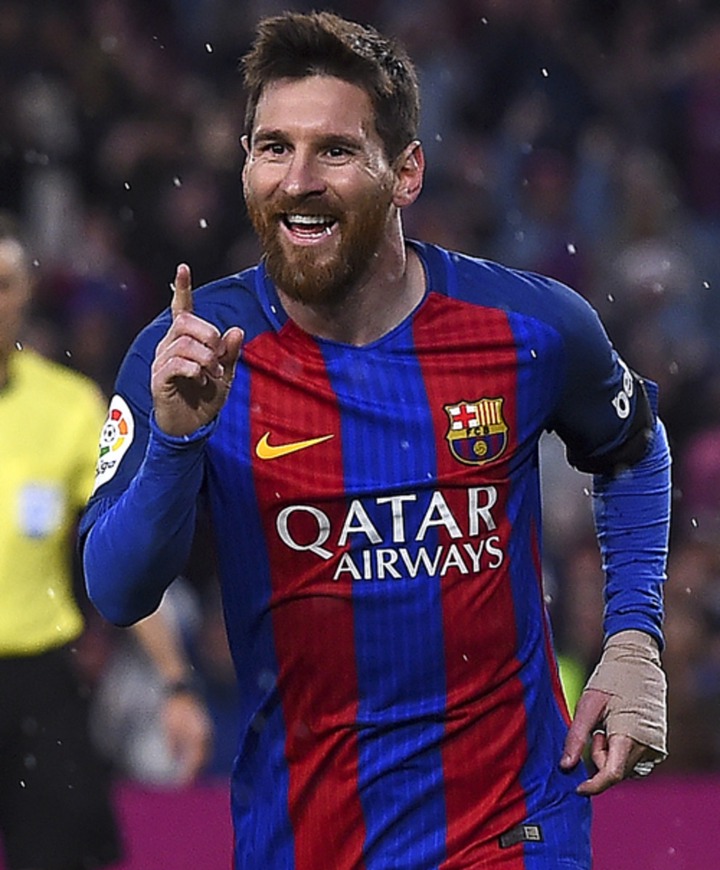 Comparisons with Diego Maradona seemed apt when Messi scored a stunning goal in a Copa del Rey game against Getafe in April 2007. Messi ran more than half the length of the field and beat six players before slotting the ball into the net from a tight angle. It was highly reminiscent of Maradona’s famous goal—as opposed to the infamous one—against England in the 1986 World Cup quarterfinals.

Messi endured a miserable debut for Argentina when he was sent off against Hungary in Budapest just two minutes after coming off the bench. He was adjudged to have elbowed Vilmos Vanczak and left the field in tears.

Content created and supplied by: K_Bola (via Opera News )