If Kylian Mbappe signs, why does Eden Hazard have to leave?

By ROLEXSTORMZY (self media writer) | 6 months ago 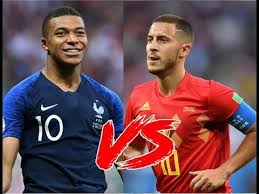 Eden Hazard is said to want to quit Real Madrid this summer because he is concerned that the arrival of Kylian Mbappe would push him down the pecking order. According to Edu Aguirre of El Chiringuito TV, the 30-year-old wants to return to Chelsea after signing for Los Blancos for 100 million euros in 2019.

Hazard has only scored five goals in 43 games across all competitions in his two seasons at Real Madrid. The 30-year-dream old's move to the Santiago Bernabeu has been marred by a series of injuries and setbacks that have prevented him from kicking off his career in Spain's capital.

The Merengues were patient with Eden Hazard in his first season where he scored just one goal and kept hopping in and out of the team due to injuries. However, his second season has been no different at the Spanish capital and time seems to have run out for the Belgian.

According to Sky Sports, the 30-year-patience old's is wearing thin, and he could be sold this summer for the right price. 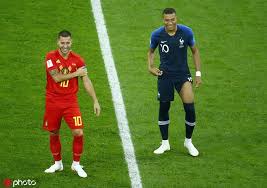 Eden Hazard's departure from Real Madrid could be a key step in securing a Kylian Mbappe transfer.

Hazard’s potential departure this summer could turn out to be instrumental in signing Kylian Mbappe from Paris Saint-Germain. The former Chelsea winger earns a staggering amount worth 25 million euros a year. His departure would free up a significant sum of money on the payroll, which could be used to meet Mbappe's astronomical salary demands.

AS stated a few months ago that Kylian Mbappe informed Mauricio Pochettino that he only wants to play on the left flank since it is his greatest position for cutting inside and getting a chance on goal.

Mbappe will prefer the left-wing position now occupied by Eden Hazard if he joins Real Madrid this summer, at least on paper. Hazard would have to make way for the 22-year-old by either leaving the club or playing on the right wing if he was to join. 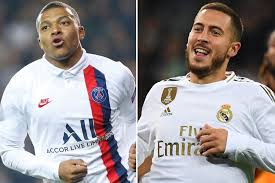 The best course of action would be to leave for Eden Hazard. After two disastrous seasons with Los Blancos, the Belgium international may start over at a different club. Meanwhile, Real may utilize his money to sign Mbappe, who, while playing on the left flank, can easily guarantee the club 25-30 goals per season, something Eden Hazard could never manage.

In short, Eden Hazard's departure is a win-win situation for all parties involved. Hazard gets a new start after Real Madrid signed Mbappe, and he gets to play in the position he prefers.