FC Barcelona can win the Champions league even without Lionel Messi with this squad (Opinion).

Lionel Messi is believed to be the best football player of FC Barcelona and also of all time in world football. His departure from FC Barcelona has caused many worried about how FC Barcelona will survive this season in the Champions League.

The last time FC Barcelona won the Champions league was in 2015. At that time, Barcelona had an incredible trio, Messi, Neymar and Suarez. The team seems to qualify almost every year since but they always get knocked out. A new season has started. FC Barcelona can win the Champions League this time even without Lionel Messi.

With their new signing and current squad, FC Barcelona can surely win the champions league. The addition of Sergio Kun Aguero and Memphis Depay will play a pivotal role in achieving this target.

Barcelona have been drawn in the same group with Bayern Munich who dismantled them two seasons ago. Many Barcelona fans believe that this is a year of revenge without the Messi effect.

However, if the team use the squad below to play their matches, it will end in a victorious champions league for the Spanish side.

Below can be the squad of the club. 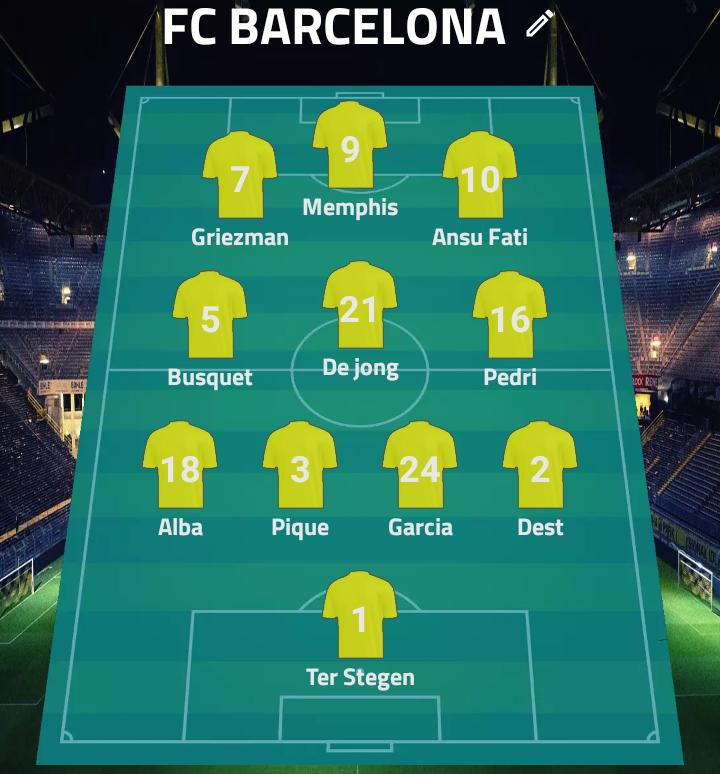 Philip Coutinho, Sergio Aguero and Ousman Dembele will have their play as substitutes.

Aside the champion league, Barcelona can also make an attempt to snatch the La Liga from Athletico Madrid.

However, the inexperience of manger,Ronald Koemam maybe a constrain in achieving this target. But in football, anything can happen.

When Barcelona use this squad, there is 90% chance of they winning the league this year.

Please follow this handle for more daily and interesting articles.

Nana Ama Mcbrown Shares New Photos With Her Bandage Off For The First Time After Surgery: See Photos

How to deal with a secretive friend

C. K Akonnor captured enjoying with his daughter after being sacked from the Black Stars

If you can’t beat them, join them: Tears flow as GMB Fans console Kwansema after she was 'sacked '