Deco, Raphinha's agent, was photographed on Wednesday meeting with Barcelona's hierarchy less than a day after the Brazilian winger's £55 million deal from Chelsea to Leeds United was finalized. 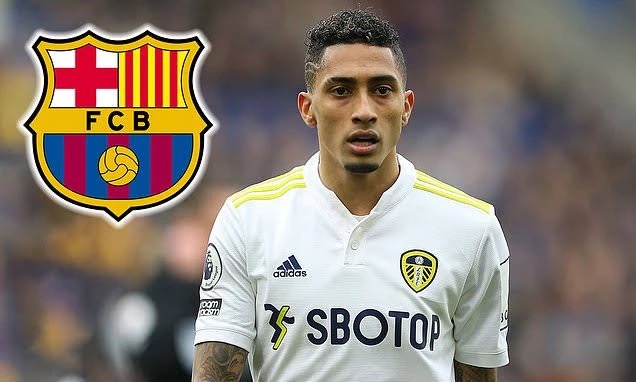 In an effort to sign Raphinha, Chelsea moved quickly to settle on a £55 million transaction with Leeds on Tuesday.

Michael Arteta is eager for Arsenal to sign Gabriel Jesus from Manchester City, and therefore the club and the 25-year-old have begun contract talks.

In contrast, Barcelona has long been interested in Raphinha, but their financial condition and desire to sell players before authorizing such a large expenditure have prevented them from meeting Leeds' asking price.

A personal agreement between Raphinha and Barcelona was said to have been reached in March, and the Brazilian international chose to play in Spain's top division. There hasn't been any agreement yet between Leeds and Barcelona on a transfer fee.

When they were seen leaving their offices on Wednesday, it's likely that Deco and Mateu Alemany, the club's director of football, and Enric Masip, a counselor to Barca president Joan Laporta, were making one more push with the Barcelona management.