On a scorching afternoon at the Emirates Stadium, Gabriel Jesus was on fire as he scored his first two competitive goals for Arsenal in a thrilling 4-2 victory over Leicester City, he has become the first player to score twice for Arsenal, making history. 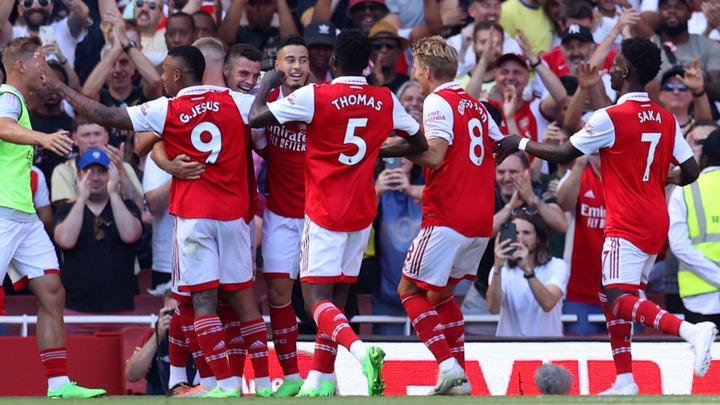 Jesus received a standing ovation after scoring two goals and providing two assists in his home debut, making him the first Arsenal player to accomplish it in Premier League history.

The Brazilian striker was unfazed by the heat, which reached 33 degrees Celsius in North London, he scored his first goal of the game with a sumptuous piece of play in which he chipped the ball into the top corner from inside the area. 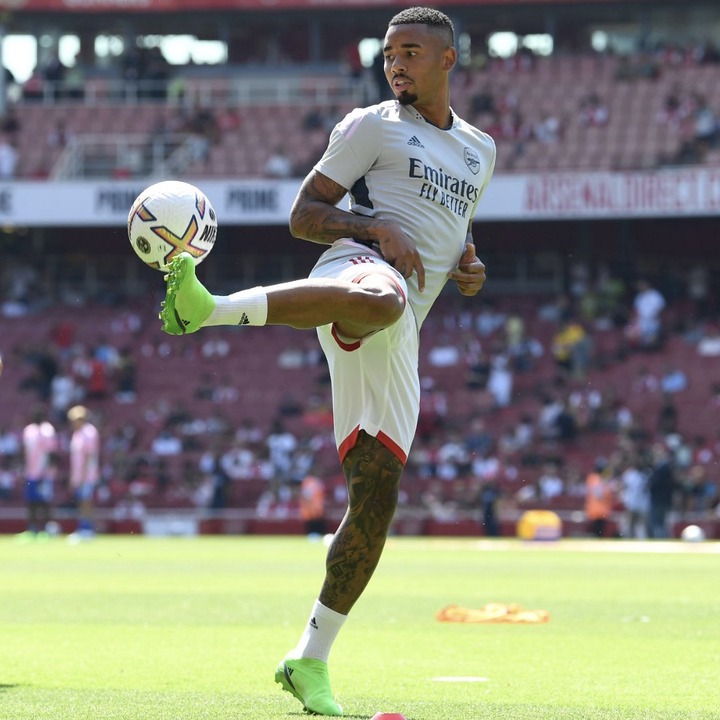 After Jamie Vardy mistakenly flicked a corner to the back post, he celebrated his first Arsenal Premier League appearance in style by nodding in from close range 13 minutes later.

After the break, the action and goals resumed, Leicester gained a foothold in the game twice, and Arsenal responded quickly both times. 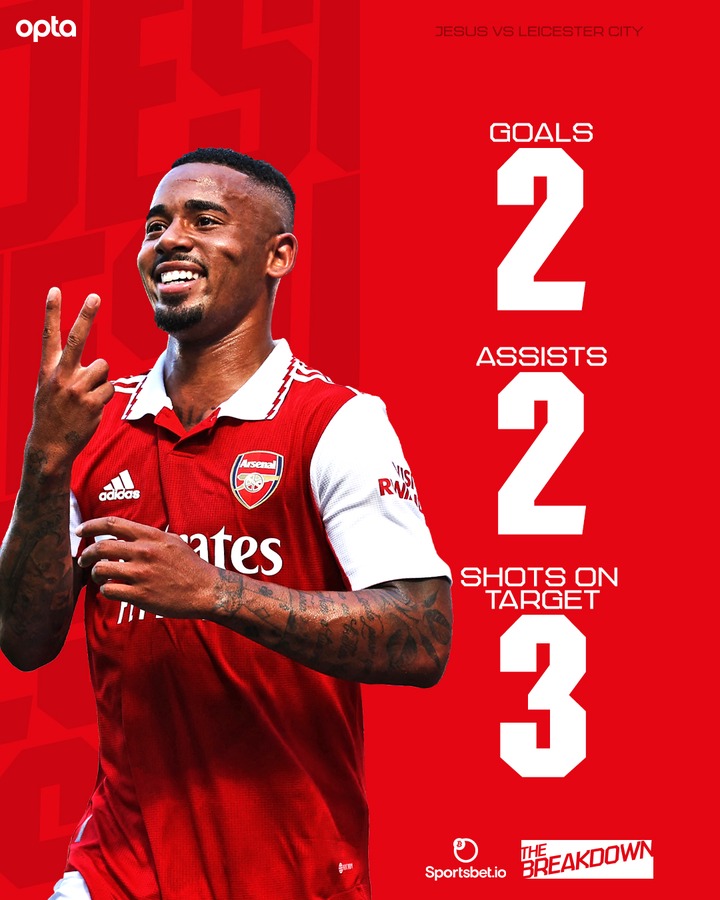 In the 53rd minute, William Saliba scored an own goal, Granit Xhaka's goal within two minutes helped the Gunners recover, and Leicester goalkeeper Danny Ward made a costly error, allowing Jesus to set up Granit Xhaka to score.

At the Emirates Stadium, James Maddison's drive in the 74th minute gave the visitors renewed hope, Martinelli began and ended a move for Arsenal by regaining possession in the middle of the field, getting back into space, and when found by Jesus, he steadied himself before unleashing a low inch-perfect strike into the bottom corner to score in his third consecutive Premier League game.

Mikel Arteta addressed the Emirates Stadium crowd after their first Premier League match of the 2022/23 season, “From the first minute, they were electric. You feel like they are totally with us, totally engaged and it is so energising for the team. The boys keep talking about it - they can’t wait to play in front of this crowd, and it’s making a huge difference.” 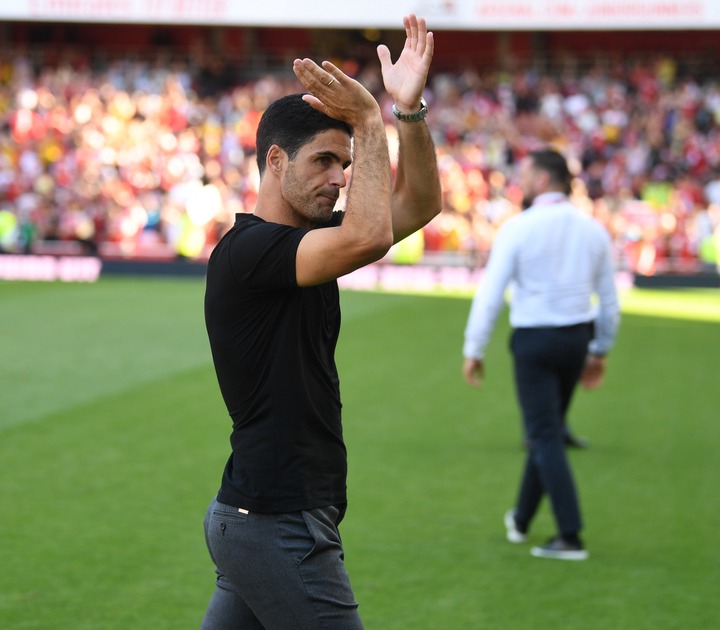