2. Manchester United manager Ole Gunnar Solskjaer has insisted that he still has full belief in David de Gea despite seemingly demoting the Spaniard to the club's second choice goalkeeper.

3. Alex Telles will reportedly not seek a move away from Manchester United during this summer's transfer window despite the recent speculation surrounding the defender.

4. Jerome Boateng will leave Bayern Munich as a free agent in the summer. No contract extension, as confirmed by sport director Hasan Salihamidzic.

5. Lautaro Martinez has ‘grown mentally and tactically’ with Antonio Conte and said it’s a ‘dream’ to be at Inter, as they go 11 points clear.

7. Kostas Tsimikas has still yet to start a Premier League game for Liverpool. Despite being fit since mid-January, he's played a total of six minutes in 2021.

9. Arsene Wenger has said that FIFA will be ready to use automated offsides at the 2022 World Cup in Qatar.

10. PSG director Leonardo to Sky Italy about Mbappé and Neymar: “I think that when it comes to their contracts, we can be happy we will soon get to a more concrete situation for Mbappé and Neymar contracts. Donnarumma? I don’t talk about transfers now, Navas is great”.

11. Nuno Espirito Santo will hold talks with the League Managers Association to express his concerns about top-flight clubs' pre-season preparations.

12. Andreas Christensen has now kept a clean sheet in each of his last 11 starts for club and country.

13. Mikel Arteta has vowed to axe the Arsenal players who act like they're on holiday after Emmanuel Petit's scathing review of his former club.

14. Edouard Mendy is yet to concede a single goal from open play in the Uefa Champions League for Chelsea.700 minutes and counting.

15. PSG forward Neymar has been handed a two-match ban for his red card and subsequent altercation with Lille's Tiago Djalo on Saturday.

16. Chelsea are 'one of only two or three clubs' who are financially stable, according to Bayern Munich chairman Karl-Heinz Rummenigge.

17. PSG are the first team to beat Bayern Munich in the Champions League since March 2019.

19. Manchester United will look to replenish their squad this summer as they once again attempt to end their wait for a Premier League title.

20. Kylian Mbappé, at 22, has just equalled Thierry Henry's career tally of goals in Champions' League knockout matches: 12. In the history of French football, only Karim Benzema boasts a better tally 19.

21. Kylian Mbappé has scored eight goals in this season's UEFA Champions League, the joint-most by a French player in a single campaign in the competition, moving level with Wissam Ben Yedder in 2017-18 and David Trezeguet in 2001-02.

22. Premier League leaders Manchester City will not make a move for Argentina forward Lionel Messi until the 33-year-old makes it clear that he wants to leave Barcelona.

23. Barcelona remain keen on Manchester City's Spanish defender Eric Garcia but they have offered the 20-year-old a reduced deal compared to the terms they tabled a year ago. 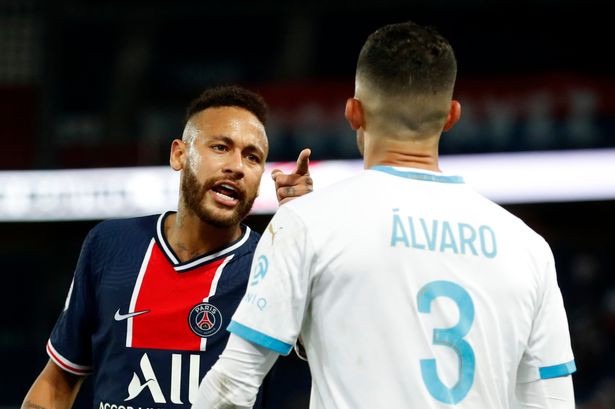