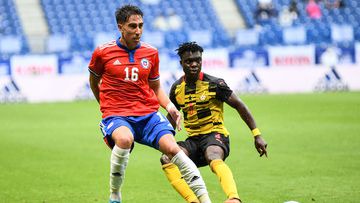 During the first 45 minutes, the Black Stars of Ghana dominated the game, though they missed the few chances they had.

The Black Stars began the second half with a purpose because they were playing team ball now while the Chileans were going indiscipline.

Abdul Manaf Nurudeen swept the ball quite well because the Chileans were much more serious in the second half.

Benjamin Tetteh gladly hit the crossbar twice. Before the 80th minutes, Alidu Seidu was sent off because of a VAR check which went against him. Alidu Seidus' red card provided the Black Stars with the opportunity to assess Otto Addo's side while they were disadvantaged.

Unfortunately, Mubarak Wakaso was also sent off! The Black Stars were now 9 men playing against 11 Chileans.

During the 88 minutes, the Black Stars were playing a 5-3-0 formation, which meant they weren't going to score, but gladly Mohammed Kudus nearly scored until the Chilean goalkeeper punched his shot.

The second half also ended 0-0. The black stars tried scoring, but we were unsuccessful. Both teams had to go to the penalty shot out. 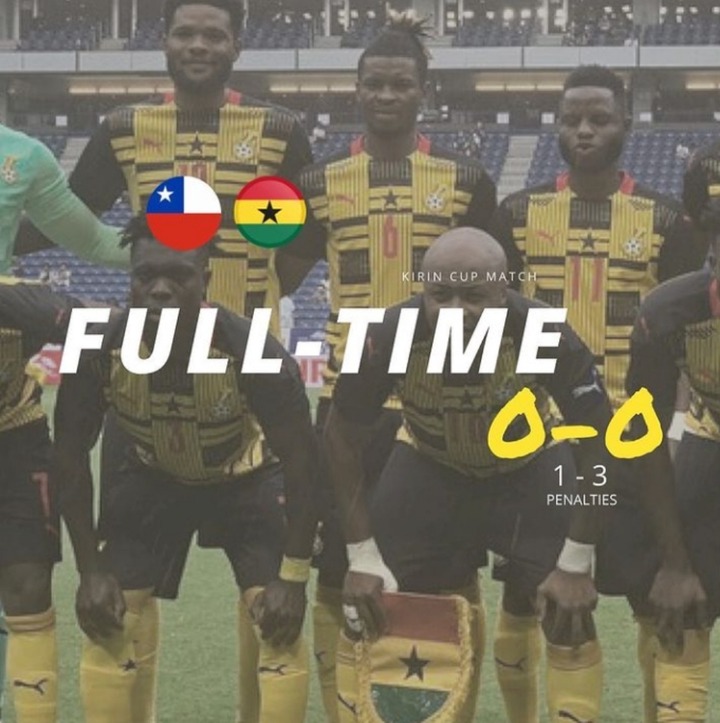 Jordan Ayew started for the Black Stars and gladly sent the keeper in the wrong direction to tie the game at one.

Our goal keeper, Manaf Nurudeen, made a save which gladly made the game win this game after a Chilean player made his shot go wide.

The penalties ended in a 1-3 victory for the Black Stars of Ghana.

The Black Stars of Ghana won the third spot in this Kirin Cup, hosted by Japan.

What can you say about the Black Stars' performance today against Chile?