By the_Kelvin_guy (self meida writer) | 8 days

Chelsea after winning the Champions League has really enjoyed themselves. I now understand why many people were supporting Manchester City instead of Chelsea talking about the fact that the only wanted to avoid noise pollution. Well, their support ended up disgracing them.

Chelsea emerged victorious and the world has never known rest after this victory announced itself. The same night after Chelsea won the prestigious trophy, Ghana's own music star, King Promise posted a picture which was actually a screenshot of a video call. This video call was made between him and Chelsea's superstar, Callum Hudson Odoi.

We all thought it was just a normal friendship till last week announced their presence of Callum Hudson in Ghana. The arrival of this footballer in Ghana has carved smiles on the faces of many people especially, the Chelsea fans.

It was just beautiful seeing the Ghanaian ladies display the rich cultural dance at the airport when the superstar landed. He even tried replicating what they were doing, he showed some moves and they were just cool. I am sure he felt the Ghanaian in him at that point, that was awesome.

Callum Hudon aside entertaining Chelsea fans in Europe after claiming the Champions League trophy, has also entertained them once more in this country. Call that a double pleasure. Well, the Manchester United and Liverpool fans might not like the fact that the Chelsea fans are happy but it is what it is.

During the week in which he arrived, he together with King Promise entertained their fans by partaking in a planned football match in the capital of the country. Looking at the number of people who went just to see him and the cheers which flew from all corners, you immediately realize that it was all joy that night.

Well, the current news in town is the meeting between Callum Hudson Odoi and the first gentleman of the nation. It wouldn't be cool if he came to his country without visiting the president and hence, he decided to pay him a nice visit. 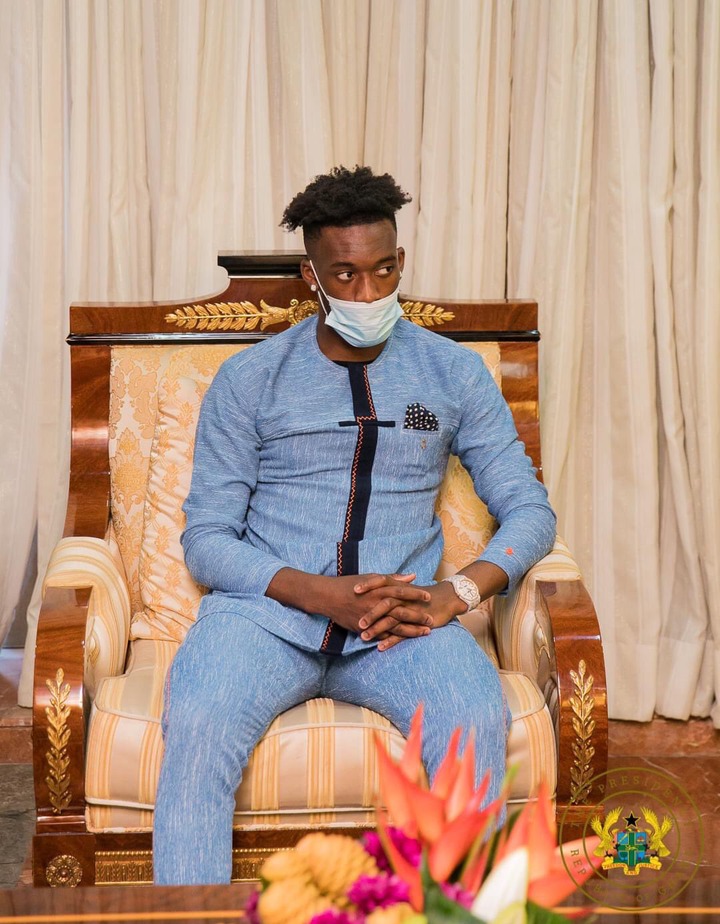 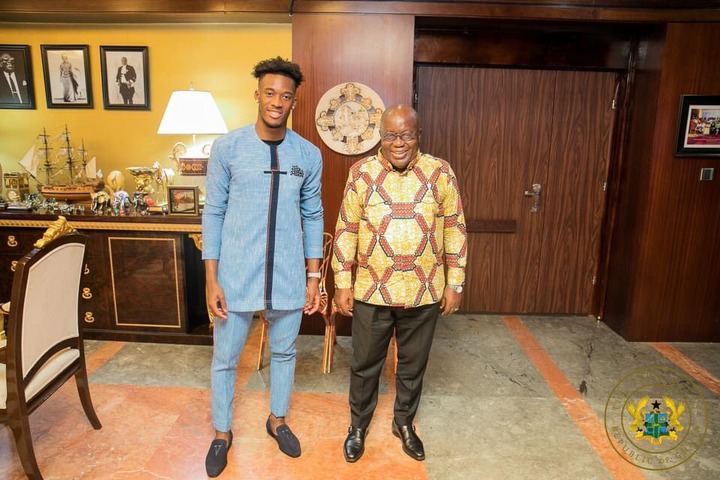 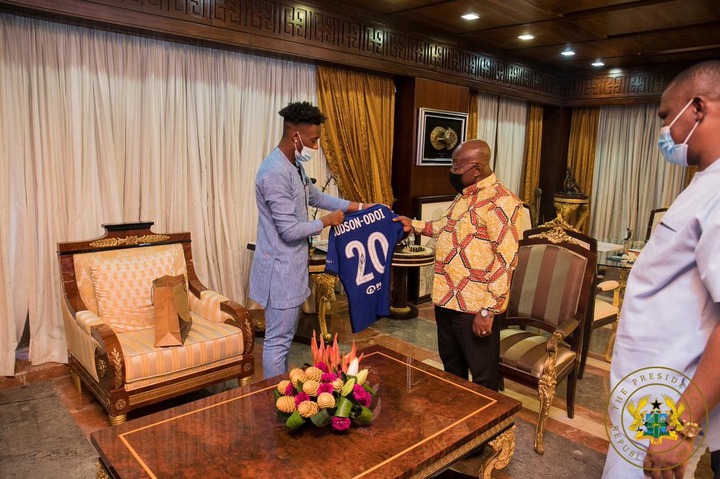 This superstar is really enjoying his holidays, football has made a hero out of him at such an early age. I wish him all the best in all endeavors of his life, particularly, his beautiful football career. 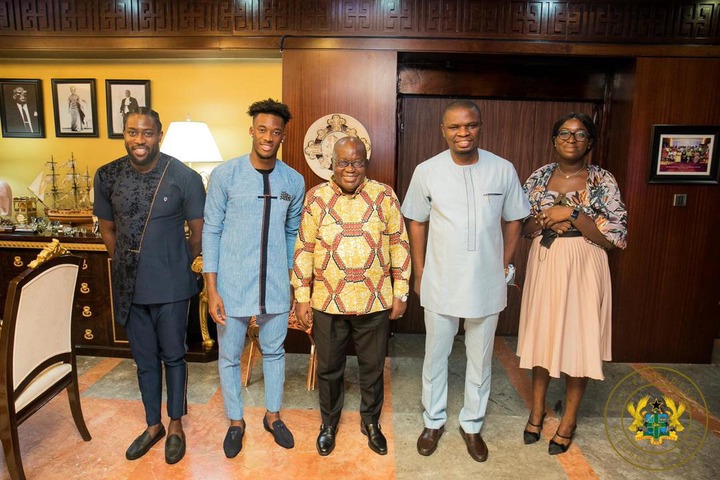 Many people after seeing these pictures are assuming there is a chance of Callum Hudson Odoi playing for his motherland. He has already played two games for the English national team but there is still a chance of him playing in Ghana.