It was a fairy dream fall apart as Ghanaian champions, Accra Hearts of Oak were dealt a huge blow tonight in Casablanca. Everyone knew that the game will be a difficult game especially as North Africans are noted to play hard and time wasting when they play a second leg at home. It was only few vociferous Hearts fans who still believed in the possibility of a turnaround for the Phobians. 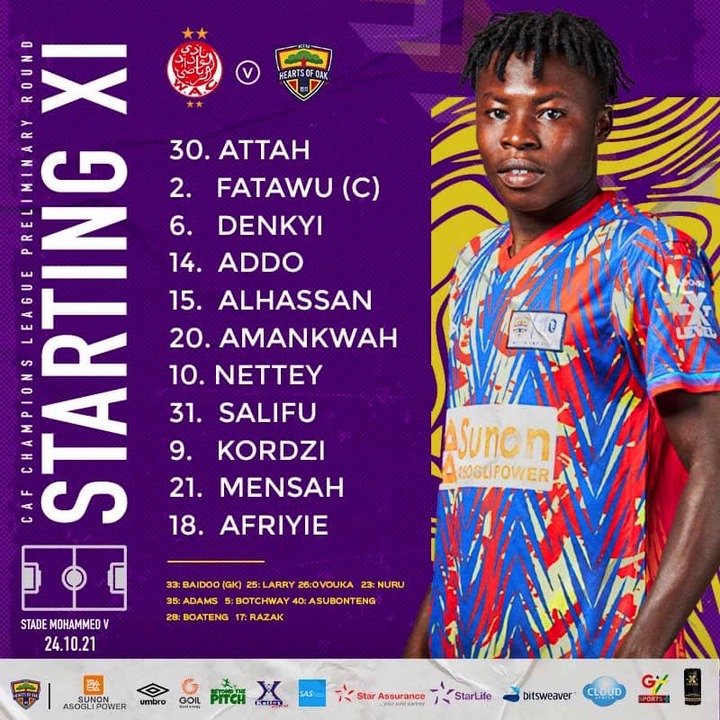 Accra Hearts of Oak went into the second leg with a one goal advantage. The first match was one match that many believed the Phobians could have got more than a goal had the referee been fair. But perhaps Hearts also failed to utilize the chances that came their way. The game in Casablanca started on a fierce start as Wydad recorded a first goal in the 2nd minute. Maybe this was a sign of harsh things to come as Richard Attah went on to concede a second in the 5th minutes. Hearts tried to get into the game but could hardly string 2 passes together.

They lost all the 50 50 chances and could barely break into the defense of WAC. Wydad who were missing a number of players took advantage of the home grounds and punished the Hearts defense with more goals. They came up with a 3rd and 4th goal before the referee blew his whistle for the end of the game. 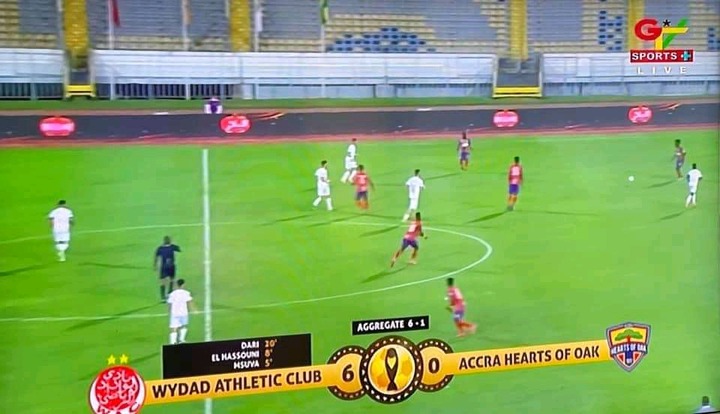 The second half resumed with WAC of Morocco continuing to mount pressure on the Hearts defense. Goals number 5 and 6 followed with the entire Hearts team confused. Indeed, the lethal force of Kordzi, Isaac Mensah and Afriyie were lost in the game while Fatawu, Denkyi, Addo and Alhassan were bamboozled by the strength and agility of the Moroccan side. Razak managed to get a consolation goal as the game ended 6-1. Indeed, Wydad could have scored more goals than the final results but Richard Attah gave some excellent skills to deny them. 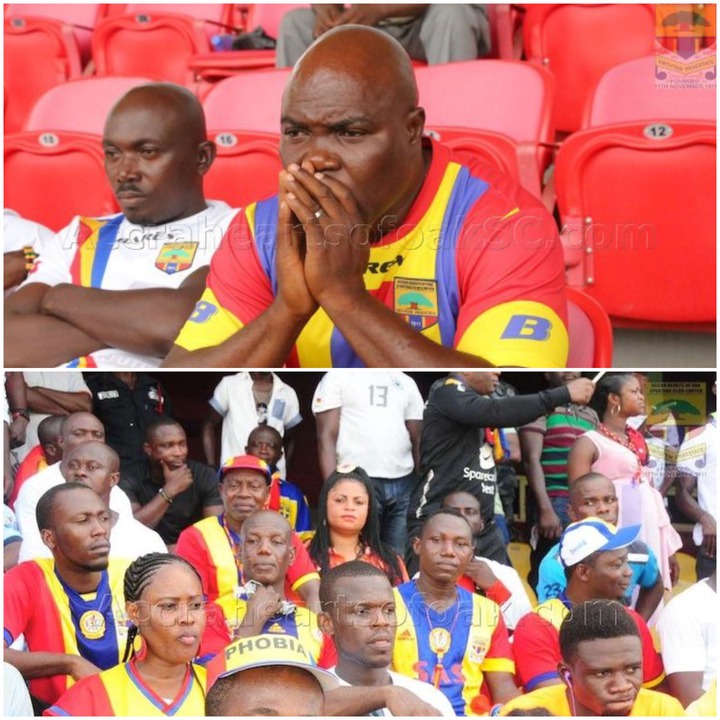 Many factors can be attributed to this humiliating loss. Some will attribute it to the lack of active football in Ghana. others will say Hearts missed their chances in Accra. Be that as it may, Hearts played a superior side who were more focused and determined. For now, Hearts will drop to play in the playoffs of the Caf Confederation Cup. The draw for the playoffs will be done on Tuesday in Cairo What attributed to this loss?