FC Barcelona confirms they have received a letter from Lionel Messi

By Soleyfootball (self media writer) | 2 years ago

FC Barcelona on Tuesday revealed that club captain Lionel Messi has presented a document expressing his desire to active a release clause that would end his current deal, which actually runs until June 2021.

Having been at the club since age 13, the Argentine seems to be on the verge of closing the chapter of his footballing career at the Camp Nou. 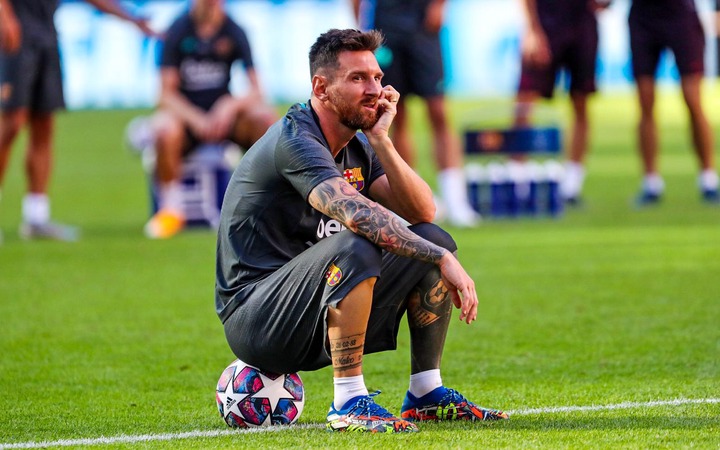 According to the La Liga giants Messi's representatives sent the documents via fax through his lawyers as the forward look for other challenges outside the club, however, Barcelona believes the clause expired on June 10, so in that regards the 33-year-old must see out the remaining year in his contract.

Messi's desire to leave the club comes just eleven days after their humiliating 8-2 defeat to Champions League winners Bayern Munich in the quarter final stage, one of the clubs worst defeat since April 1951.

In addition, this is also the first-time since 2007/08 season that Barcelona complete a season without a trophy or silverware.

Carles Puyol a former playing mate of Messi at Barcelona reacted to the news, tweeting "Respect and admiration Leo. All my support, friend." 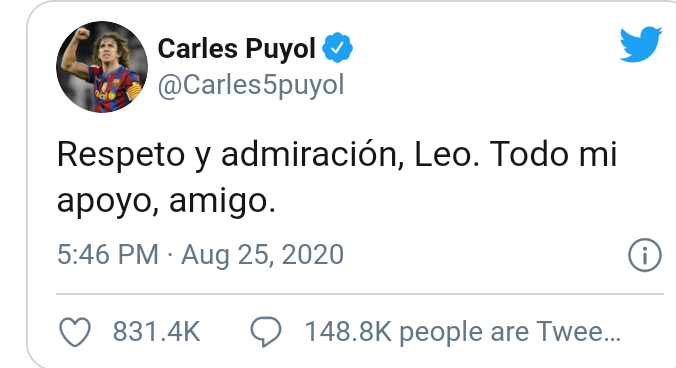 New Barcelona boss Ronald Koeman said: "I do not know if I have to persuade him to stay. Obviously he is the best player and you definitely want the best player in your team, you don't want him playing against you."

"For me I would love to work with Messi and I would be more than happy should he stay."

"He still has a contract with us (Barcelona). There are some older players in the squad and we need to make some decisions, but in Messi's case, I hope he stays."

However, the clubs Sporting director, Ramon Planes insisted that the club want to build the team around the skipper despite reports of the 33-year-old wanting to leave. 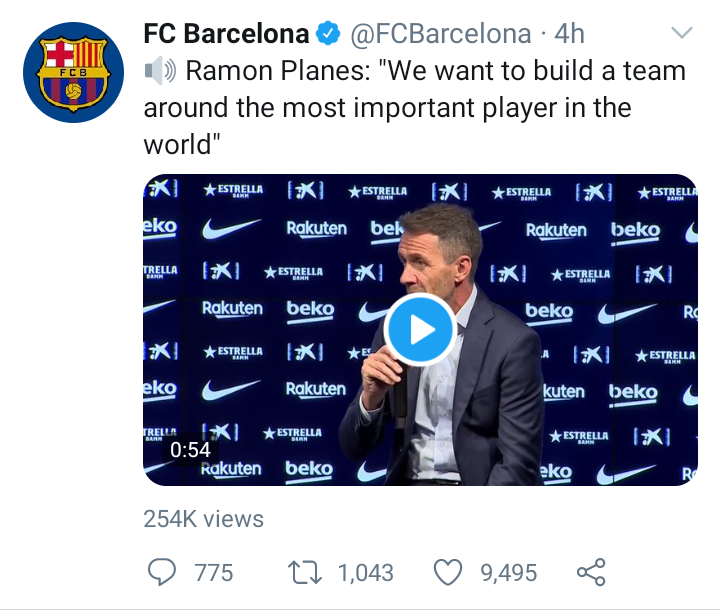 He said on Wednesday when the club was unveiling new signing Francisco Trincao, Planes said; "we have said many times as Koeman and Bartomeu have siad, we count on Lionel Messi for the future, just as we count on Trincao as a talent for the future, and we have heard that he will play alongside the greatest player in history."

"Things like this happen, and we hope to come out stronger from the defeat at the end of last season."

Where will the Argentine land should he eventually end up leaving Barcelona?