Debutants, Comoros shocked the Black Stars of Ghana with an early goal with just four minutes into the first half of their final Group C game of the 2021 AFCON. 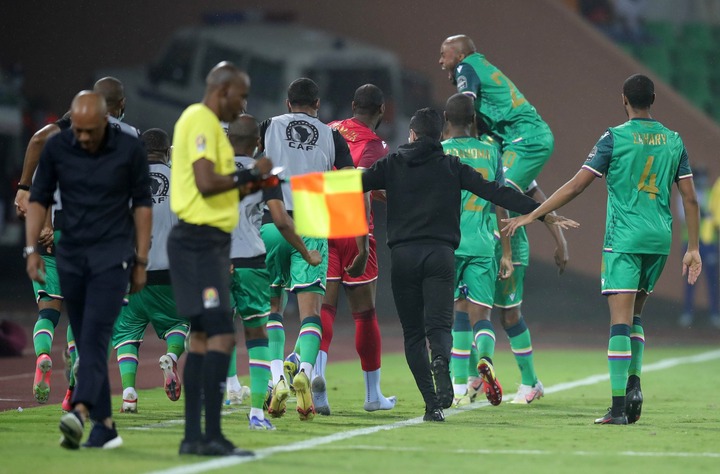 It was a fast break for the Islanders after Black Stars incursion was curtailed early in the game. Fardou Ben Nabouhane was perfectly set up by Ibroihim Youssouf from the right side of attack to score their first ever Africa Cup of Nation’s goal. Ghana came close to finding the equalizer when Kamaldeen Sulemana’s well taken strike was spilled by Comoros goalkeeper, Salim Ben Boina on the 22nd minute. Ghana captain, Andre Ayew poked his feet at the advantage but ended up fouling the sensational goalkeeper. The foul incident was subjected to a VAR consultation and Andre Ayew was red carded with 25 minutes played to reduce Ghana to ten men. Goalkeeper, Salim Ben Boina was substituted with his place taken by Ali Ahamada due to the injury on the 26th minute. Interestingly, Comoros kept turning defence into attack but lacked the final touch to convert the incursions into goals despite leading at 34 minutes. Ghana were gifted with an opportunity to equalize but youngster, Abdul Fatawu Issahaku could not make enough of it with Fouad Bachirou clearing his lines cleanly on the 34th minute. 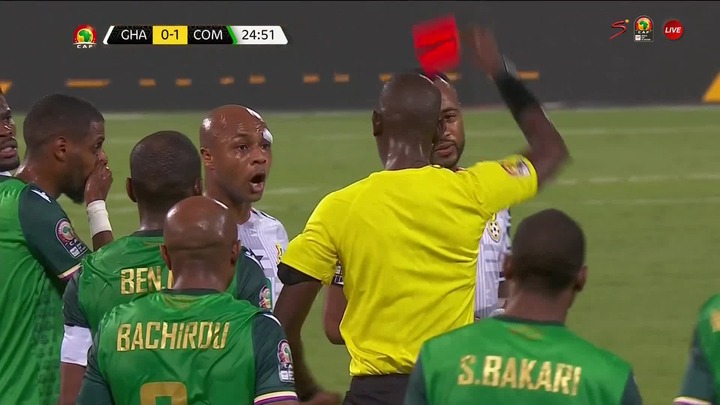 Abdul Fatawu Issahaku tested substitute goalkeeper, Ali Ahamada with a ferocious strike but the goalkeeper collected well to keep the game 1-0 for the debutants on the 38th minute. Ghana nearly equalized with Thomas Partey’s free kick but the strike missed the post by a whisker on the 38th minute. With no goals produced and two minutes of added time exhausted, referee, Boubou Traore whistled for the end of the first half. Ghana looked better in the second half despite being a man down. They had their passes right with a few runs down the wings with Abdul Fatawu Issahaku which won them corner kicks. Ghana made two changes with Richmond Boakye Yiadom coming and Joseph Paintsil replacing Kamaldeen Sulemana and Abdul Fatawu Issahaku on the 58th minutes respectively. Comoros patiently scored the second goal after beautiful exchanges in Ghana’s goal area. 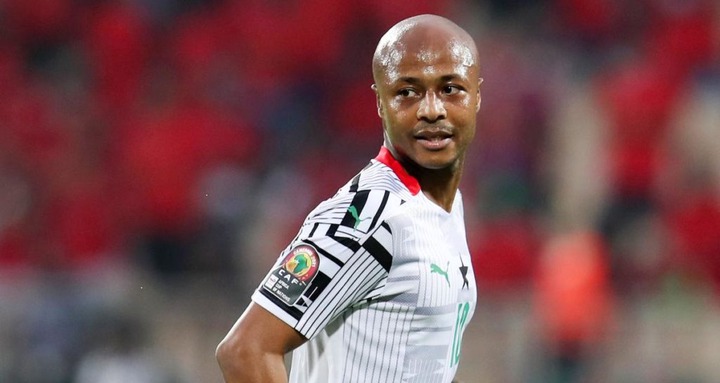 Ahmed Mogni took a well struck shot on the 61st minute to make it 2-0 for the Islanders. The Black Stars pulled a goal back from substitute, Richmond Boakye Yiadom who headed from Daniel Kofi Kyere’s corner kick on the 64th minute. Ghana had a free kick on the edge of Comoros goal area but Thomas Partey’s 71st minute take was wasted. Comoros goalkeeper, Salim Ahamada was at his best when he palmed Daniel Kofi Kyere’s corner kick heading for goal out of the area. Daniel Kofi Kyere’s free kick was heading for goal but goalkeeper pushed it out for corner kick. Alexander Djiku tapped in Ghana’s equalizer on the 77th minute. It is the Strasbourg defender’s first goal for the Black Stars. Comoros went ahead for the third time on the 84th minute when Ahmed Mogni tapped in from close range after a decent pass from Benjaloud Youssouf. It was Mogni’s second goal of the game. Malian referee, Boubou Traore whistled for the end of the game with Comoros winning their first ever AFCON.