Former Black Stars coach Milovan Rajevac has stated that he would jump at the chance to coach Ghana for a third time and that he would do it with open arms.

During his second tenure as the Ghana national team's head coach, a Serbian strategist explained how he was unable to commit as much time as he would have liked to putting together the intimidating squad he had envisioned in a phone interview with Akoma 87.9 FM.

He claims that he has unfinished business with the Black Stars and would be grateful if the country, which he views as a second home, gave him the third chance to achieve significant goals with the national team.

"No one can predict what will happen in the future. According to what Milovan Rajevac has said, “Ghana is my second home, so if another chance occurs for me to go there, I would give it serious consideration." 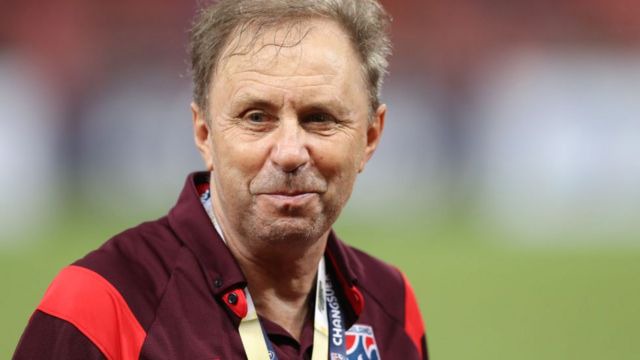 "The last time I was in Ghana, I didn’t have enough time to execute all I intended to do as I did the first time. It is imperative that we act quickly if we are to accomplish our lofty goals."

Milovan Rajevac oversaw Ghana's worst Cup of Nations showing in the 2021 AFCON during his second tenure as the team's head coach. The Black Stars were ousted from the competition after playing three games, losing all three, and earning just one point.

After losing to Morocco and Comoros and drawing with Gabon in the group stage, Ghana was eliminated from the competition. During his debut season with the squad, the Serbian had a successful run with Ghana, leading them to the 2010 World Cup quarterfinals in South Africa.