As the Ligue 1 leaders blasted away a spirited Stade de Reims team, Sergio Ramos shined in the heart of the Paris Saint-Germain midfield, extending their unbeaten home record to 14 league matches. 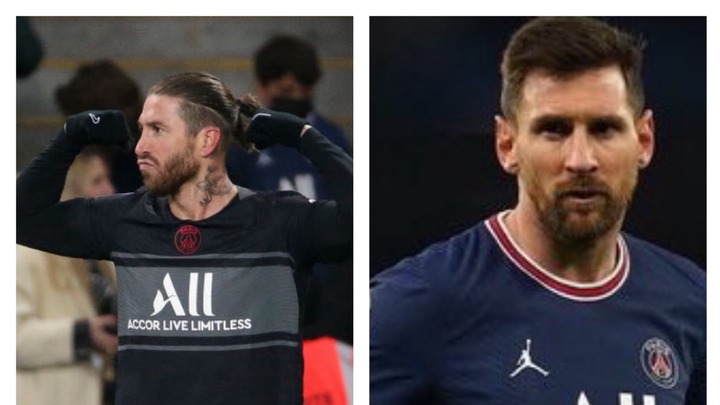 PSG had looked to be held in the first 45 minutes, despite being lively enough but never really threatening the Reims goal. That is, until Verratti found a breakthrough on the verge of HT.

The Italian international's thundering half-volley left goalkeeper Predrag Rajkovi stranded as he cut across a bouncing ball on the edge of the area.

During the first half, Reims had played their part, coming close on several times.

Hugo Ekitike threatened the hosts' goal twice, once finding the target and the other blazing high over the crossbar.

Azor Matusiwa forced Keylor Navas into a stinging save, and Hugo Ekitike threatened the hosts' goal twice, once finding the target and once blazing high over the crossbar.

No doubt a source of irritation for scar Garca, who would have like to see his team level at halftime.

Mauricio Pochettino summoned Lionel Messi to warm-up after a sluggish start to the second half, but it would be another former La Liga legend who would score the crucial second PSG goal.

Sergio Ramos was the first to react to a loose ball in the penalty area, and he was able to poke home at the second attempt.

The Spanish defender, who scored 72 goals for Real Madrid, was visibly pleased to have scored his first goal for his new club.

Already out of reach, the home side continued to look for goals, and Veratti's shot from inside the box took two deflections off Reims players before nestling into the top corner in lucky fashion.

Danilo Pereira scored a beautiful side-footed effort past goalie Rajkovi late in the game to make it four.

Mauro Icardi's late header was rejected by a horrible handball, but it didn't matter as PSG maintained their 11-point advantage at the top of Ligue 1.

Sergio Ramos in 4 games scored as many Ligue 1 goals as Lionel Messi in 12 Games.