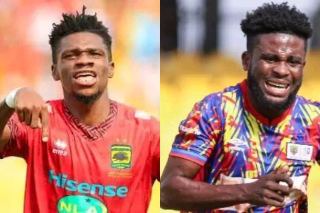 He made this statement to Akoma FM in Kumasi, he thinks that Franck Mbella did extremely well in his first season in the Ghana Premier League, he did not play five games when the league began but recorded 21 goals at the end of the season. 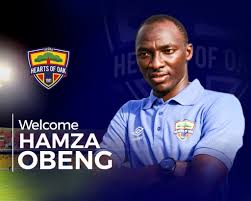 Afriyie was the top goal scorer of the Phobians with 8 to his credit, he won the Golden Boot of MTN FA Cup with 4 goals.

The assistant coach after their victory against Bechem United made an interview to Samuel Acheampong, the Sports Show Host of Akoma Sports.

When quizzed which of the two strickers performed in the season, the gaffer chose Mbella ahead of Barnieh.

Hamza stated, iAfriyie Barnie is the best player at Heats this season but in the league, I will say Mbella is my best. He really did well, a foreigner playing for a big team with much pressure and still manage to score those goals, definitely I will say he's the best."

Mbella did not make it into the final list of Cameroon but Barnieh had the chance to feature for Black Stars in a tournament in Japan. 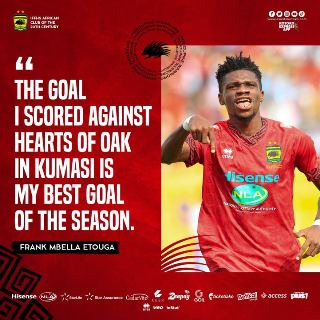