By HitechStudio (self media writer) | 8 months ago 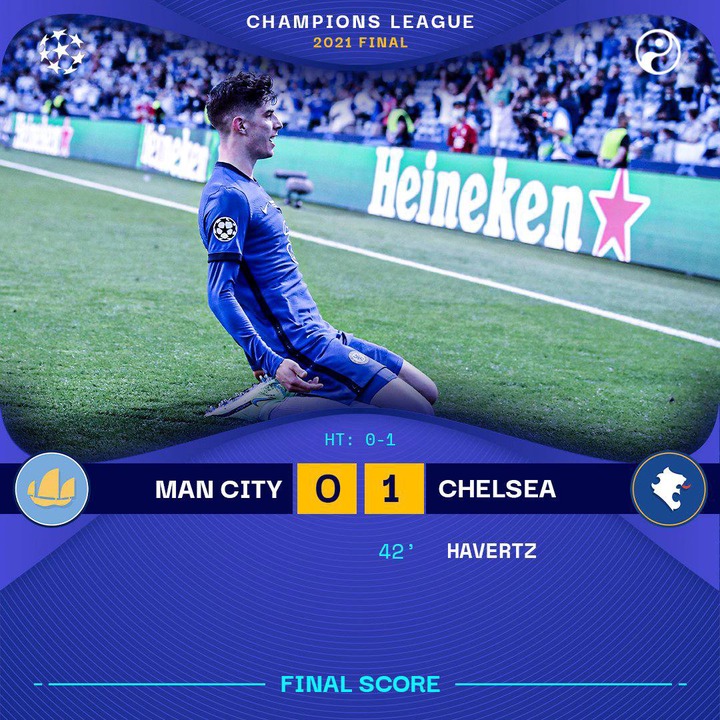 The final whistle is blown.

Chelsea have done it! They've been the thorn in the side of Guardiola's men of late and prove a stubborn opponent yet again. The Blues contingent race on to the pitch to celebrate a second UEFA Champions League success, and first in nine years (2012). The City players are crestfallen as their quest for this title goes on. It is not the way they would have liked for their team-mate Agüero to bow out. 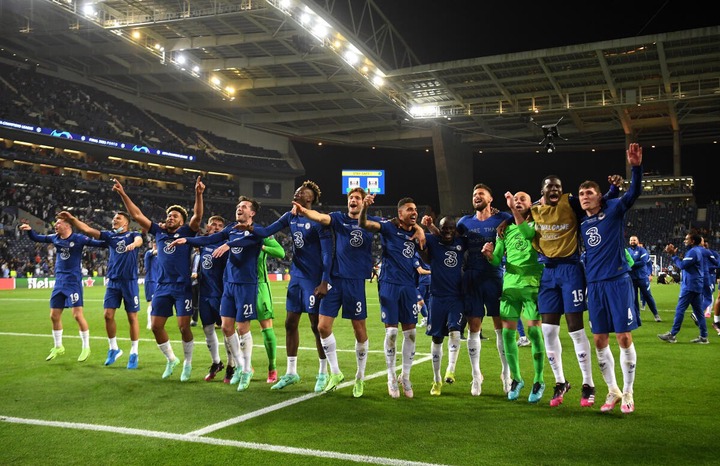 The Chelsea supporters are making a lot of notice all around the world as their dream came to reality. The Citizens on the other hand have lost their hope in this final.

Havertz at the age of 21 is the youngest German player to score UEFA Champions League final since Borrusia Dortmond' s star Lars Ricken in 1997.

Right deep breath, in the half interval in Porto Chelsea did a very great job leading the Cityzens.

This is the second time The Blues won a trophy after 2012.

Chelsea have done it they deserve it. The Champions League trophy is returning to Stamford Bridge.

Content created and supplied by: HitechStudio (via Opera News )