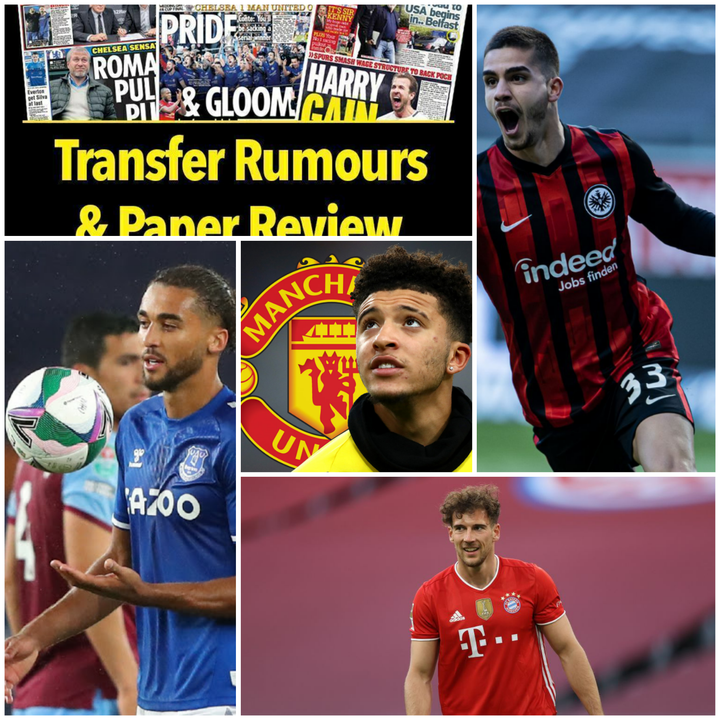 The Red devils were looking forward to launching another transfer attempt to snap Bayern Munich, central midfielder, Leon Goretzka. Goretzka current has just a year left on his contract but has stalled contract talks with Bayern Munich. Just like his teammate Kingsley Coman, Goretzka is demanding a higher wage before he extends his contract, however the club is reluctant to meet his request. This background gave Manchester United the hope they can land the midfielder this summer. However, Goretzka's rejection means United would continue to pursue their initial target, Edouardo Camavinga.

Chelsea have identified Dominic Calvert-Lewin as an alternative to their summer transfer priority, Erling Haaland. The difficulty surrounding Haaland's transfer has prompted the blues to search for alternatives and the likes of Harry Kane, Romelu Lukaku and Gerrard Moreno have all appeared on the wishlist. Calvert-Lewin is the latest man to emerge on the list and is valued at €70m. The 24 year old had a prolific campaign last season, banging 21 goals in 39 games and the blues believes he has a decent repertoire to spearhead their attack.

After consecutive top four miss out heartbreaks, the foxes joins the few other clubs who have been busy with transfer activities this summer, in a bid to come back stronger next season. The club announced the signing of Zambian forward, Patson Daka few days ago, and have announced the completion of their second marquee transfer, Boubakary Soumaré from Lille. Few more signings are expected in the coming weeks.

Portuguese striker, Andre Silva is set to complete a club switch from Eintracht Frankfurt to RB Leipzig this week. The 25 year old had a prolific campaign at Frankfurt last season, banging 29 goals and registering 10 assists. His performances caught the eye of some top European clubs including Manchester United. However paperworks and medicals have been scheduled as he heads to RB Leipzig.

The Gunners have registered interest Celtic and French striker, Odsonne Edouard as they search for Aubameyang's successor. The 23 year old has been one of the best strikers in the Scottish league since joining the club from PSG in 2018. Edouard scored 22 goals in 40 games last season and Arsenal believes the €17m rated prodigy can help improve their firepower.

Manchester United outcast , Diogo Dalot has emerged a surprise target for Real Madrid this summer. The 22 year old spent last season on loan at AC Milan, where he had an amazing campaign. Nonetheless Aaron Wan-bissaka remains an undisputed first choice right back for Ole Gunnar Solakjaer currently and it is uncertain if Doigo Dalot will remain at Manchester United. Reports from Spain say, Real Madrid are monitoring Dalot and want to replace out-of-favor right back, Alvaro Odriozola with the Portuguese this summer.

The Rosseneris are interested in signing Ajax and Serbia hitman, Dusan Tadic this month, to bolster their attacking armoury. AC Milan have been in dying need of a prolific forward and believe 32 year old Serbian, who scored 22 times assisted 26 last season can be a panacea to their firepower deficiency.