Mohamed Kamara prevented Algeria from scoring for the first time in 36 matches.

By atspo.com (self media writer) | 7 months ago

Kamara's masterwork was full of determination and fortitude as he kept out Manchester City's forward Riyad Mahrez on a number of occasions in the Group E opening game at Stade Omnisport de Douala. 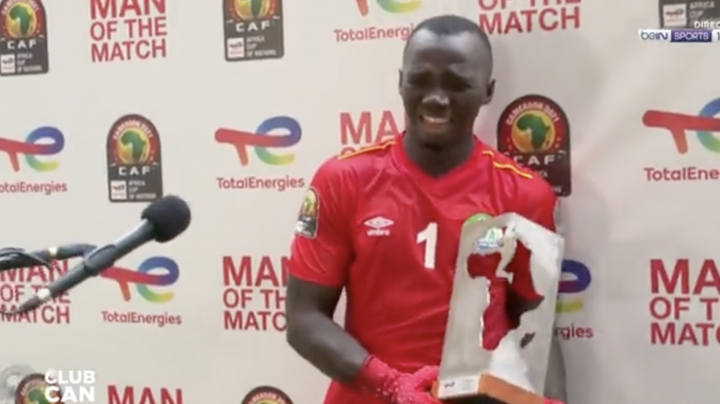 The Leone Stars were appearing at the AFCON for the third time since their maiden qualification in 1994, Sierra Leone have never progressed out of the group stages of AFCON anytime they gain qualification which the result against Algeria will make the team overturn this record.

East End Lions goalie broke down in tears after he received the Man of the Match Award for a eye-catching performance against Algeria in the Africa Cup of Nations.

Kamara, having made seven saves, the 22-year-old was all-important in helping Sierra Leone to secure a point in their first AFCON match since 1996. Until the end, the Desert Foxes laid siege to John Keister's side but goalkeeper Mohamed Kamara remained strong and made up for his defense.

The President said, "We are very proud of you, our Leone Stars. Man of the Match, Mohamed Kamara, you and the team gave the defending champions a great run. Together, we will make our roar heard across Africa and bring the cup home!" 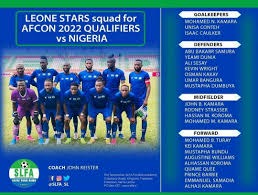