5 Signs of a Beta Male

By InfoLab (self meida writer) | 7 days

This article will make a couple of you guys cry because you've been living in a bubble. The goal in life is to not yourself right to see reality for what it actually is and then proceed to make the necessary changes to get an advantage. First of all what is a beta male?

The beta male is an unremarkable mediocre careful man who avoids risk and confrontation. Beta males lack the physical presence, charisma, confidence and success associated with winners in life. You're probably thinking “well that doesn't sound like me, I'm a winner, always have been, always will be,” it's time to put that to the test. But it’s not always true, below are 5 signs of a beta male. 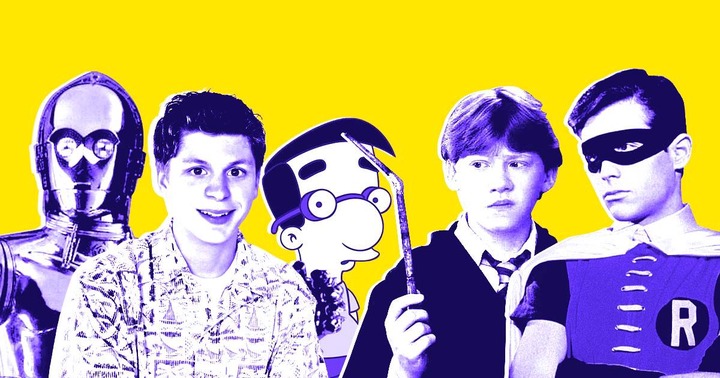 1. You Don't Feel Like Your Life Is Getting Better and Better

The first sign you're a beta male is that you're unhappy with your life. You don't wake up satisfied with what you've achieved and with your reality. You are probably living a boring life where you have a repetitive job that barely allows you to pay rent and survive. You look forward to the weekend because that's the only time you escape the hamster running on a ‘wheeeeel’ lifestyle. And even then you're unlikely to do anything worth mentioning. A beta male feels trapped in this existence and for him, life isn't getting better by the day. He’s not closing in on the goals he had when he was younger because he is already giving up on those goals.

Here's what to do about it if your life is not getting better and better. You might want to set one new objective for this year, which involves you getting out of your comfort zone. Something you're even scared of doing and then dedicate your time and work to make it happen. If you do, you'll prove to yourself that you're more than your current reality and start building momentum with enough time you can improve your situation.

2. You Never Face Your Bullies

Most character traits form in childhood and stick around in your adult life. Most people are bullied in life but guess what, you'll have to deal with them throughout your entire life in different forms. Bullying is bad but it's part of your existence, now look at your past and recall those moments; what did you do, how did you feel, were you scared or did you stand up for yourself? Bullies target the weak because they're easy targets so if you've been bullied, you probably were easy game. It's time to face that reality now. Did you change or does the same thing still happen today only with a different cover on it?

Once you realize bullies take it out on others because they don't know how else to deal with their own crumbling, they no longer have power over you. It's enough for you to face them once; stand up for yourself, prove you're not going to allow them to come after you and they won't bother you again or if they still do, they better get ready because it isn’t going to be as easy as they expect it to be.

3. You're A Follower Not A Leader

Beta males are not the ones who take initiative, they usually wait for someone else to initiate and then join the cause. They rarely have original ideas and tend to live in the shadow of an alpha. He is unable to coordinate people or get them to follow his plan of action because people disregard his ability to achieve results. This often happens in companies where usually people rally behind those who managed to get the best results and really the world needs followers. Otherwise, we'd all be fighting for the title but if you identify as a follower and not a leader this usually correlates to being a beta.

4. You Can't Say No and Stand Your Ground

Beta males have a hard time saying no to other people despite them not wanting to engage or do what's being asked and goes against the beta's interests. Some hide under the mask that again, they're just being nice or being a people pleaser but there's a difference between acting for the general good of the group and doing something for someone else at your own expense.

These can happen at school at work and your family and in any type of relationship you might have. If you don't stand up for yourself and act in your best interests, don't be shocked if you end up in a place where you're not valued, you're not happy and which you despise. You have to start saying no to others and yes to yourself, this won't make you self-centred but you can't help others if you don't help yourself first.

5. You Feel Offended By This Article

If anything you’re read in this article offends you and made you dislike it or stop reading it to the end, well you're a beta male. You're offended by someone you've never met over the internet because deep down, you know I struck a chord somewhere too close to the truth and you're aware of that.