By Wisen (self media writer) | 3 months ago 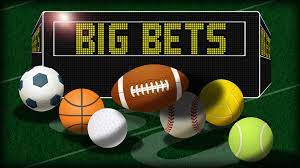 As Leverkusen lost to Cologne Last week, they also lost their midfielder Florian Wirtz to injury and he will be out of the season. Leverkusen’s leaky defence was to blame for their first leg defeat, they have kept only one clean sheet across 17 competitive games, but are unbeaten in 9 home games. Atalanta’s top four ambitions was in danger when they drew with Genoa at the weekend, at least the draw made them to have (W2 D2 L2) in eight matches, and in Europe Conceded eight goals in four Outings this Campaign (W1, D1 L2). There will be repeat of goals as it was in the first leg. Prediction, Over 2.5

The home team have it all to play for, and after their 3- 0 defeat in the first leg, and seeing two goals disallowed and a penalty saved. FK Crvena Zvezda need to play above themselves if they want to Overturn the 3 goal lead by Rangers, since they are unbeaten at home in 7 matches. Rangers are 3 point behind their fierce rival Celtic in the domestic league, they don’t look like given up the advantage they had over the home side, they remain unbeaten in the Europa League in 7 games (W4 D 3). Prediction, Goals Over 2.5

Frankfurt, after underperforming in early season are coming back to life with three victories in a row. They manage a win away in the first leg, and at home, Frankfurt have a good form in the Europa League (W15, D5 L3) in 23 appearances, and they also have a history of not losing to Spanish Club at home (W5, D2) in seven games. Real Betis have failed to win six of their last eight European away games (D4 L2), but in the Europa League away Knockout legs remain unbeaten (W3, D1) gives them some hope as the tie is still Open and is anybody’s game. Prediction, Goals Over 2.5

Galatasaray goalkeeper put up a man of the match performance to denied Barcelona a goal in the first leg. The home team’s domestic League performance is very poor putting them in mid – table. Galatasaray have loss five times against Spanish Clubs in two legged ties. Barcelona have bound back from the first leg draw to a 4 – 0 win over Osasuna in La Liga which made them unbeaten in 10 matches (W 7 D3) but failed to score in five of their Last nine games in Europe. Even though the first leg was blank, I presume there will be avalanche of goals in this tie. Prediction, Goals Over 2.5

Despite Lyon been tenth in Ligue 1 they manage to beat Porto 1 – 0 at their own backyard, Since the abolishment of the away goals rule, the home team must avoid defeat to go through. Porto are unbeaten in the Portuguese League, they Open a Six-point gap between them and second place Sporting CP, and will be buoyed by the 4 – 0 trouncing of Tondela last weekend going in to the game. Prediction, Goals Over 2.5

Check out the prediction on some Europa Conference League matches

Fc Kobenhavn vs PSV Eindhoven – Over 2.5

Feyenoord vs Partizan Beograd – Over 2.5

Rennes vs Leicester City – Over 2.5