Benzema who has now played the most games for Real Madrid by a non-Spanish player. 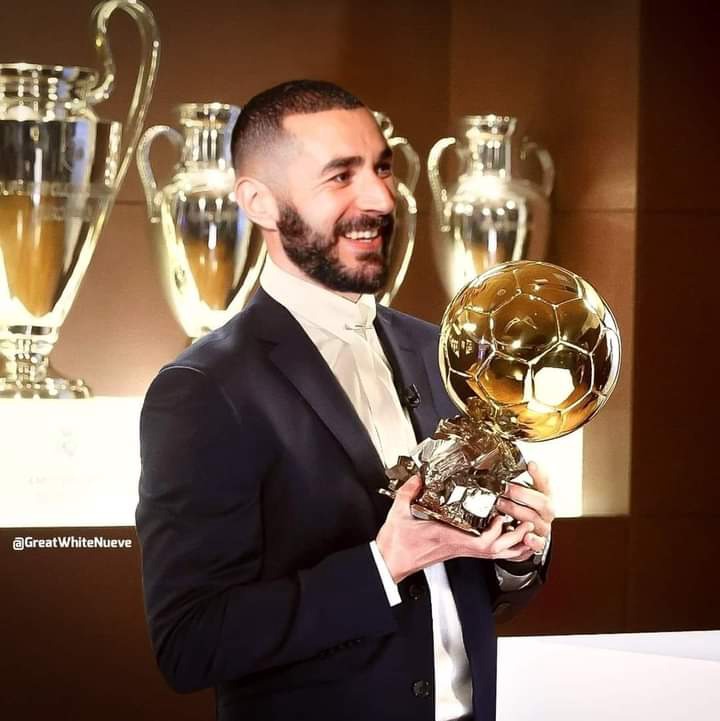 Benzema said that he'd satisfy a lifelong dream by winning the award.

"It's been a dream since I was young and also a motivation. The Ballon d'Or represents the best players in the world and [it's great] to be on the list. If you count who's on there, it's very satisfying. It's always been an objective.""Yes, you could say that. What I've done for the last three to four years, to continue to perform at a high level. When I'm playing I don't think about the Ballon d'Or. I think about helping the team win, providing a spectacle.""The Ballon d'Or comes as a result of that because it's more of an individual focus, but it's all about the collective."

Zidane: "Benzema deserves to win the Ballon d'Or. He's been incredible. I had the great honor of coaching him."

Ronaldo Nazário: "My candidate for this year's Ballon d'Or is Benzema. Best striker, brutal level for over 10 years and a champion over everything."

José Mourinho: "I think Benzema will finally be able to win the golden ball, what he has done with Real Madrid and France under huge pressure is amazing."

Fabio Cannavaro: "Benzema has the quality to win the Ballon d'Or. The problem is, people often think they should vote for titles."

Roberto Carlos: "Even if he was in another team. My candidate for this year's Ballon d'Or would be Karim Benzema. Top of the tops."

Arsene Wenger: "There is no untouchable this year. On individual performance, consistency, Benzema is at the top level."

Jocelyn Gouvernnec [Lille coach]: “Benzema is an exceptional player, he's on a Ballon d'Or level. He deserves the Ballon d'Or and I would be very happy if he wins it this year."

Niko Kovac [Monaco coach]: “There are many good players who deserve the Ballon d’Or. Benzema is one of them, Lewandowski too.”

Gérald Baticle [Angers manager]: “Benzema deserves the Ballon d’Or. He is a role model for all strikers.”

Antoine Kombouaré [Nantes coach]: “I am 100% for Benzema. He deserves."