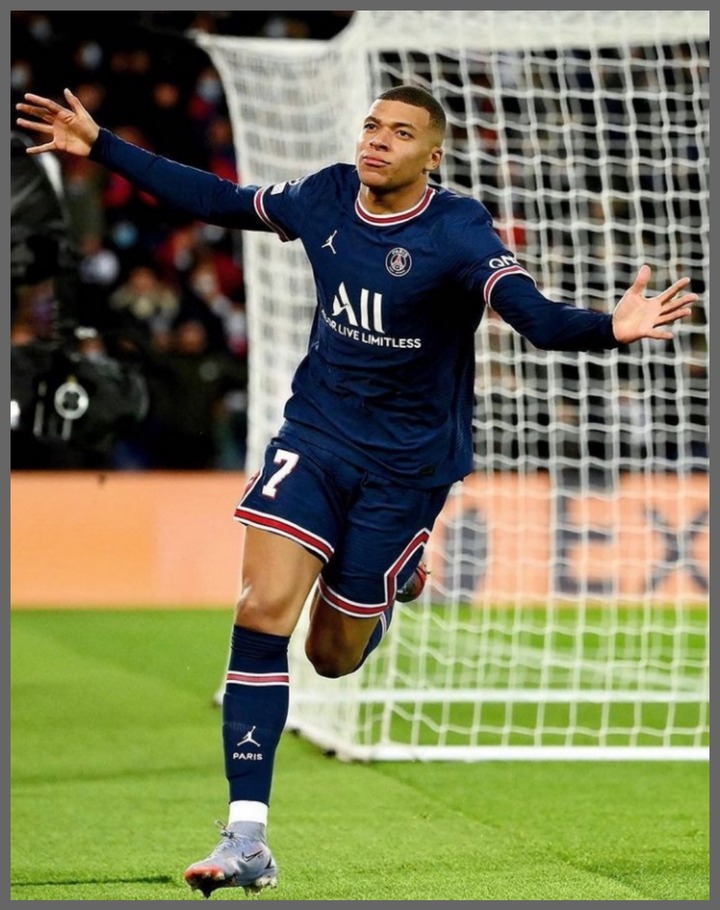 Kylian mbappe without any doubts will one day be the best player in the world. That might happen maybe when Messi and Ronaldo retire. Even after their retirement, he has some hungry players like Halland, Greenwood, Pedri, Mount and few others to compete with.

Today's topic is about Mbappe surprising the world by calling Messi the world best. Kylian Mbappe in 2021 hadn't been really happy because, he wanted to leave PSG to Real Madrid but fortunately, that couldn't happen because the president of PSG (Nasser, Al Khelaifi) who's currently the second billionaire in the football world said No to Mbappes decision.

Mbappe wanted to leave for Real Madrid because he felt he won't make it to the headlines since he's now playing alongside the seven times Balon Dior winner, Lionel Messi. To the main point, kylian Mbappe is known to be one of Cristiano Ronaldo's successors and he publicly said Ronaldo is his idol. Kylian Mbappe had pictures of Cristiano Ronaldo inhis room when he was a kid, he performs Ronaldo's goal celebrations and he doesn't feel shy to Call Ronaldo his idol. Earlier in August (2021), Mbappe was asked to choose between Cristiano Ronaldo and Lionel Messi but he didn't pick one and he ended claiming there's no who can play to their level. Do you agree with him?

Kylian Mbappe wanted to leave For Real Madrid because of his future and to follow the footsteps of his Idol Cristiano Ronaldo but I think he's mind is beginning to change because, he plays really well with Messi. Do you think this Duo would set records together? Both Messi and Mbappe scored a brace yesterday in the UCL and they defeat Club Brugge(4-1). Surprisingly, after that match, Mbappe caused a massive stir by saying this to the press, "It's easy to play with Lionel Messi. He is the best player in the world. He won the Balon Dior few days ago. He scored two goals today,he is happy, I hope he will help us in the future."

KylianMbappe might mean that Messi is the best player in the world, but he might also mean. that Messi is really the best now because, with these words, it means he likes the way Messi Plays and due to that he would liketo withhold the idea of leaving PSG now. Do you agree with me? 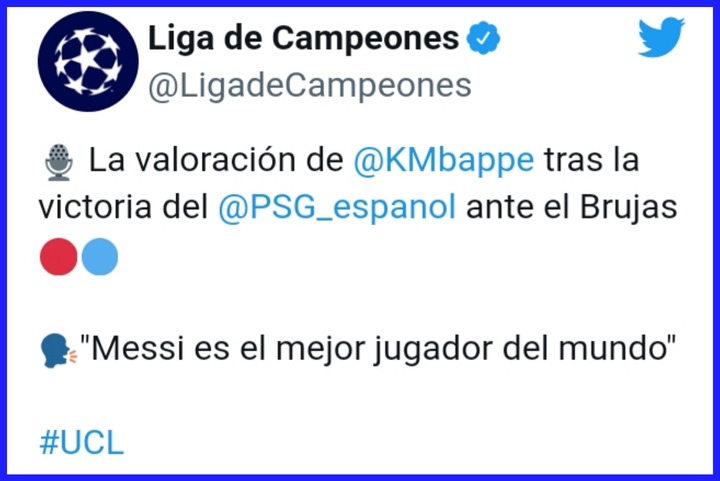 Kylian Mbappe might now be a Messi fan instead of Ronaldo. It might Also be that, he is praising Messi because he is the same team with him. There's something strange going on here, when Messi signed for PSG, we all thought it was going to be like (Messi,Neymar, Mbappe) but unfortunately, we are witnessing the raise of a duo instead of a trip. Still wondering why Neymar isn't here, Neymar will be out for few weeks or months because of a serious injury.

What do you think Mbappe means by saying " Messi is the best player in the world?