Being an Islamic country with a very conservative society, Sudan does not have a women's football team. But, Salma al-Majidi, an accounting and management graduate, broke down barriers by becoming the first female coach of a men's club . The then 27 year old was presented by FIFA as the first Sudanese Arab woman to take charge of a men's team in the Arab world. 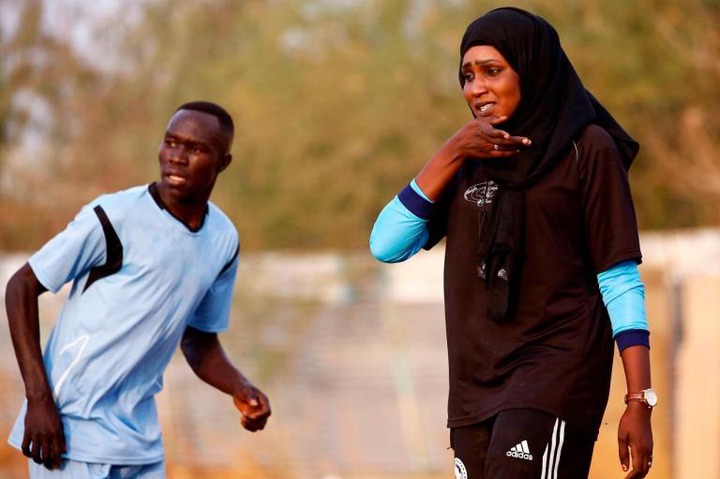 She chose football because it was her first and last love. She is affectionately nicknamed "Sister coach". She is the daughter of a retired policeman. Salma fell in love with sports at the age of 16. She often went to her younger brother's training sessions and was passionate about the coach's instructions and moves. One day, she decided to approach the coach after the session to talk and she realized her potential. He thus gave her a chance to work with him. Salma took charge of the under 16s of the Al-Hilal club in Omdurman, the sister city of Khartoum. 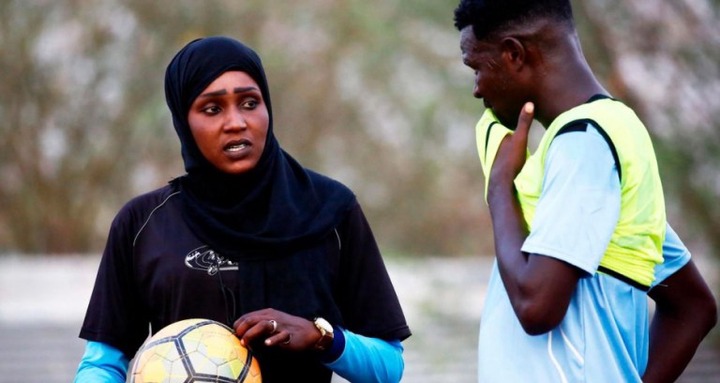 Now, she's a paid full-time coach like a man should be . She was added to the BBC's "100 Women Who Inspire" list in 2015. She has coached men's Serie B clubs Al-Nasr, Al-Nahda, Nile Halfa and Al-Mourada. Under her tutelage, two clubs finished first in their local leagues. The only woman to have achieved such fame in Sudanese football is referee Mounira Ramadan in the 1970s. 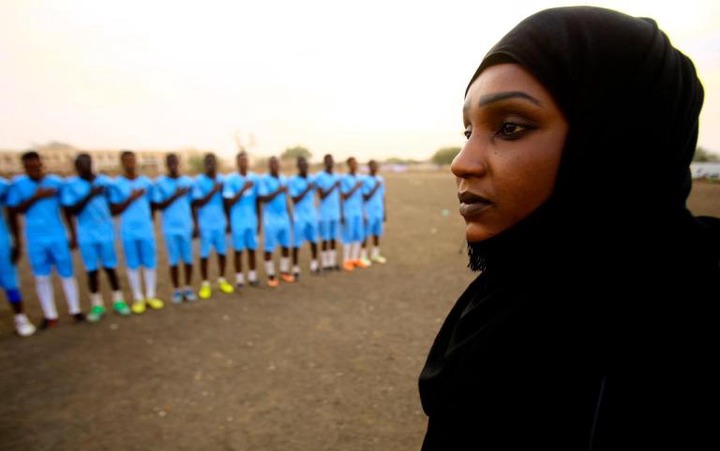 The path of "Salma" hasn't been the easiest. Sudan is made up of a collection of tribes, some of which think women should stay at home. Salma al-Majidi had to fight to be respected on the pitch. Her uncles criticized her constantly until the day when a crowd began to chant her name. Now they pray to Allah to help her. The advice the coach gives to men is to give women the opportunity to do what they want.