By FreshGist.gh (self media writer) | 11 months ago

Hearts of Oak have been rotating players from the bench to the attack of their team.

They keep the competition on the high note. Starting Raddy Ovouka from injury is the best decision but where is William Denkyi.

The goalkeeper have been called to national duty and paved way for the youngster who was in poles for Karela United last season.

Richard Baidoo was not able to keep a clean sheet for the first time in the poles for 90 minutes.

The defenders have shown time and time again that the consistency at the back can not be underrated.

The coach kept them in with some cool believe and motivated them positively to continue with the cohesion they played to.

There was a slight changes at the 6 position where Caleb Amankwah and Emmanuel Nettey normally play in the absence of Benjamin Afutu.

Salim Adams made the first eleven as the regista in front of the defenders.

The Phobians played against a lower tier side Dzida FC and thrash them by 6-1.

These are the lineup that won the game and probable to start the game against WAC to some extent the rest of their matches if this is how they are going to play.

The performance was too good and want the team to react the same way like the way they did to Dzida FC. The coach lineup with:

With the way coach Samuel Boadu have been using Kofi Kordzi there’s a likelihood that they will be able to beat WAC if only they will start with two strikers in the same match were the supporting striker is also a skimmer. 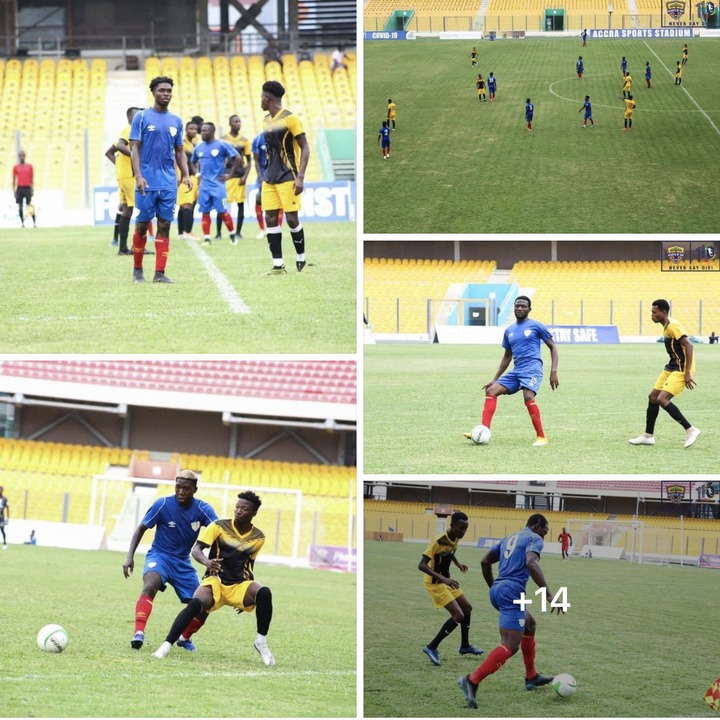 Ghana will witness a good match between Hearts of Oak and WAC.