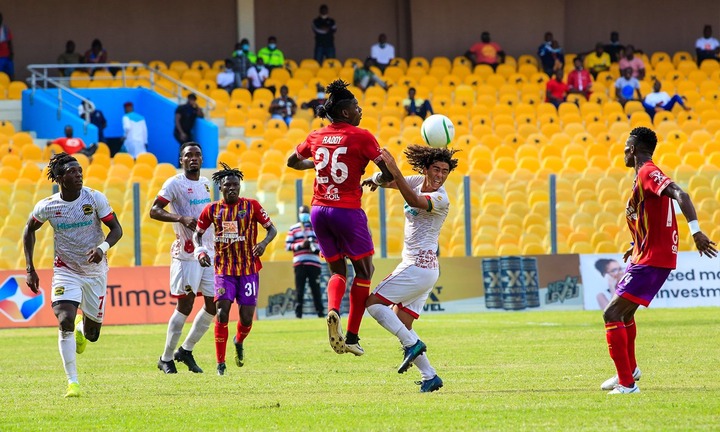 The big clash between Ghana's two oldest existing football clubs, Accra Hearts of Oak and Kumasi Asante Kotoko successfully came on at the Accra Sport stadium in Accra. The game was entirely peaceful with each team missing good chances.

At the final whistle, Hearts of Oak fans have every right to believe, that the Ghana Premier League trophy would be theirs at the end of the season as they have won the potential title decider against their greatest rival-Kumasi Asante Kotoko, on Sunday courtesy of a second-half strike by Daniel Afriyie Barnieh.

The game’s only goal scorer-Daniel Afriyie Barnieh, waited for the right time to take revenge on Kotoko; as he was rejected by Kotoko about two years ago, when he was on trial. 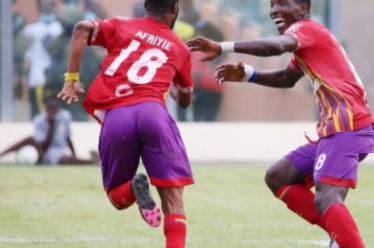 Also, his lone goal will forever be cherished by Heats of Oak fans; but surely; will send great feel of regret into the entire Kotoko fan and the team as a whole.

Daniel Afriyie Barnieh; who is also the Ghana’s Under 20 team captain, was left unmarked in the 18 box, giving him the opportunity, to hit a one time shot which overpowered the Asante Kotoko goalkeeper-Kwame Baah, into the net.

Accra Hearts of Oak’s 1-0 victory over Kumasi Asante Kotoko will sent them on top of the table, but is now three points ahead of Kotoko, with three matches to go.

The first meeting between these two giants in this season ended in a draw, but the Phobians are ready to put in everything possible, to win the league; because they have not won the title in the last decade, and so are hoping to end the trophy drought this season.