By JNTurkson (self media writer) | 24 days ago

Matchday 2 of the 2021/2022 UEFA Champions League (UCL) came to a close today after 16 thrilling encounters between the 32 teams in the competition. Games of teams such as Liverpool, Paris Saint Germain (PSG), Atletico Madrid, Juventus were considered hard nuts to crack but these teams emerged victorious at the end of the games.

One game fans looked up to today was the game between Juventus and Chelsea. Many fans before the game had predicted that Chelsea would defeat Juventus. This was arrived at by fans looking at the Italian giant's total performance this season. Juventus shocked fans as it secured the 3 points in Turin, Italy by putting just a goal past the English giants. Juventus now tops Group H with 6 points while Chelsea is at 2nd place with 3 points.

Check below for the standings of the various groups (Groups A to H): 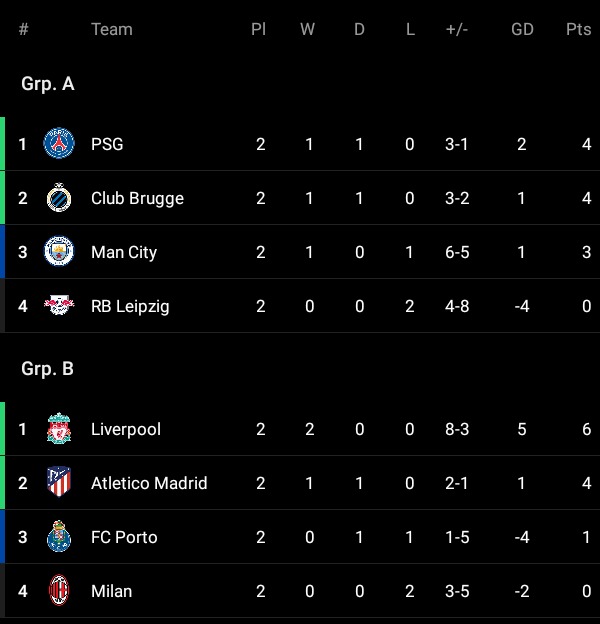 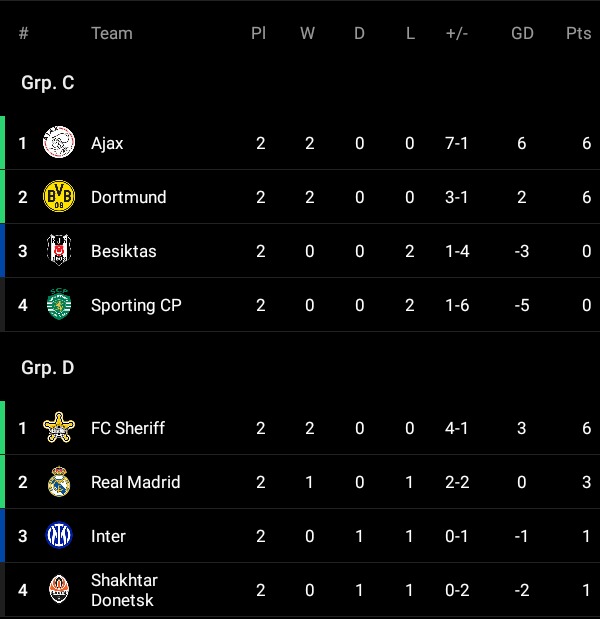 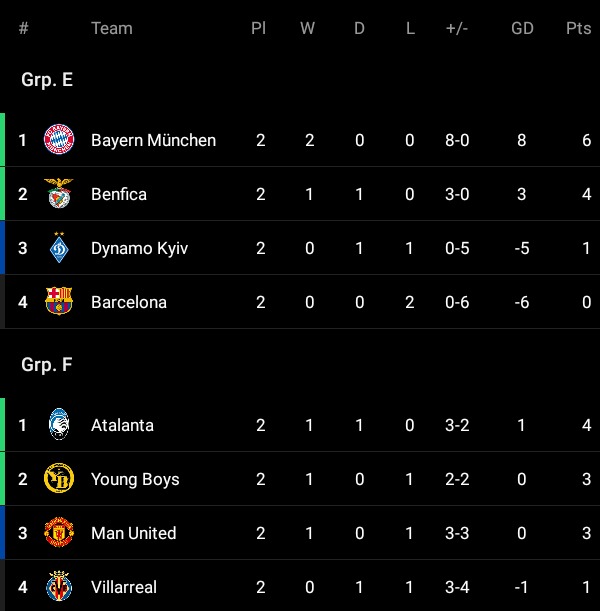 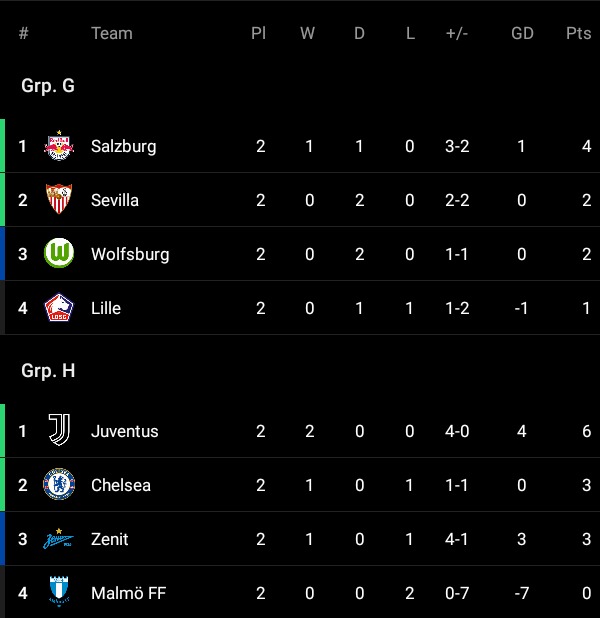 FC Barcelona failed to score in 2 UCL games and again lost its game against Benfica by 3:0 in Portugal. The Spanish giants are now at the bottom in Group E. Liverpool, Ajax, Dortmund, FC Sheriff, Bayern Munich and Juventus are the only clubs which have been able to win all of its 2 opening games this season.

Which teams would qualify from the various groups? Share your thoughts with us by leaving a comment below.