Juventus News: Partey to Juventus, Ronaldo, Dybala out and many more making headlines in Juventus.

By allround.news (self meida writer) | 27 days

2. Kante ruled out of France's next two World Cup qualifiers due to injury.

3. Paulo Dybala to be transfer listed by Juventus this summer.

5. Ghana qualify for AFCON after draw with South Africa.

7. Northern Ireland battle hard but are punished by Italy.

🔰🔰Giorgio Chiellini reveals Italy’s 2-0 victory over Northern Ireland is ‘the kind of game I really enjoy playing’ and there are tougher tests coming up.

🔰🔰AC Milan legend Marco van Basten insists ‘football would be better without’ any offside rule at all, which would also resolve the VAR controversy.

🔰🔰Roma legend Francesco Totti can now operate as a sports agent after completing his registration in Italy.

🔰🔰Paulo Dybala is set to be placed on the transfer list this summer by Juventus, according to Corriere dello Sport.

🔰🔰Napoli could let defender Kalidou Koulibaly leave this summer if they receive an offer of just €50m, claim by Gazetta dello Sport.

🔰🔰AC Milan midfielder Franck Kessie’s agent reportedly met with the Rossoneri today and seems close to reaching an agreement over a new deal.

🔰Arturo Vidal’s entourage assure he will ‘not leave Inter until his contract expires,’ despite reports linking him with Marseille, Flamengo and Galatasaray.

🔰🔰N’Golo Kanté out with an injury for the next 2 France matches - FFF.

🔰🔰Lucas Hernandez on brother Théo Hernandez (AC Milan): "I really hope that he will one day be with us in the French national team."

🔰🔰The Comoros have qualified for the Africa Cup of Nations for the first time in their history.

🔰🔰Ghana Head Coach Charles Kwabla Akonnor says he is happy with the performance of his players in their 1-1 stalemate against South Africa in the 2021 Africa Cup of Nations Qualifiers. The Black Stars has qualify to the tournament to be hosted by Cameroon next year.

🔰🔰Luis Enrique said Spain lacked "finesse" during their "uninspiring" draw with Greece, admits Luis Enrique, while admitting "it is a result I did not expect".

🔰🔰The Spanish National Team have scored in each of their last 36 World Cup Qualifiers games (96 goals), their best run in this competition. The last time they went without scoring was against Serbia in March 2005 (goalless draw in Belgrado).

🔰🔰Real Madrid will not sign any sporting director, the news from France was false. José Ángel Sánchez will carry on taking care of general and sporting issues after report emerged that Los Blancos are in contention to sign Lucas Campus as new sporting director.

🔰🔰Barcelona legend Rivaldo is growing increasingly confident that Lionel Messi will sign a new contract, with the Blaugrana board being urged to bring in David Alaba alongside a talismanic club captain.

🔰🔰Liverpool midfielder Georginio Wijnaldum will need to wait until Barcelona offload Miralem Pjanic before he can seal a move to Camp Nou, according to reports in Spain.

🔰🔰Real Madrid reportedly expect Martin Odegaard to return to Spain in the summer following his loan spell at Arsenal.

🔰🔰Real Madrid are interested in Bayer Leverkusen winger Moussa Diaby, according to AS

🔰🔰Barcelona are keeping close tabs on Eintracht Frankfurt striker André Silva (25), although it would be a complicated deal given the club's current financial hardships.

🔰🔰If Zinedine Zidane does not continue at Real Madrid next season, both Juventus and the French national team would be keen on getting the coach.

🔰🔰Bayern Munich player David Alaba has a verbal agreement with Real Madrid since January, but nothing has been signed yet, according to Fabrizio Romano.

🔰🔰Diego Costa has reportedly reached an agreement with Benfica after they tabled an offer of a two-year deal worth £5million for the former Atletico Madrid striker.

🗞️🗞️Ole Gunnar Solskjaer is set to be rewarded with an improved Manchester United contract worth over £7m a year until at least 2024, regardless of winning a trophy.

🗞️🗞️Man United are reportedly keen on bringing Villarreal defender Pau Torres to Old Trafford, but could face competition from rivals.

🗞️🗞️Marcus Rashford has been ruled out of England's three World Cup qualifiers with an ankle injury, and will return to Manchester for his recovery.

🗞️🗞️The Premier League has confirmed that the 2021/22 season will get underway on August 14th and will end on May 22nd.

🗞️🗞️Real Madrid reportedly have no intention of letting Martin Odegaard leave permanently this summer in news which will come as a bitter blow to Arsenal.

🗞️🗞️Juventus have made Zinedine Zidane their No 1 target to replace Andrea Pirlo, according to reports in Spain.

🗞️🗞️Liverpool assistant Manager Pep Lijnders claims Fabinho's absence from midfield had huge impact on their title hopes imploding, claiming 'we lost our engine' as he hails Brazilian for having the 'talent to make others flourish'.

🗞️🗞️Egypt have declared they want Mohamed Salah to form part of their final squad for the Olympic Games this summer, which means he would miss Liverpool's pre-season.

🗞️🗞️Liverpool have reignited their interest in Real Betis and France forward Nabil Fekir, who was close to joining the Reds in 2018.

🗞️🗞️Denmark will welcome at least 12,000 fans for any Euro 2020 matches taking place in Copenhagen, the Danish government announced on Thursday.

🗞️🗞️Kelechi Iheanacho has told Leicester City he is ready to sign a new long-term deal this summer.

🗞️🗞️Turkish giants Galatasaray are reportedly lining up a transfer swoop for Christian Benteke this summer.

🗞️🗞️Alvaro Morata has opened up on his difficult spell at Chelsea, revealing he almost succumbed to depression during his time at Stamford Bridge.

🗞️🗞️Chelsea have told Napoli that they can land forgotten man Tiemoue Bakayoko permanently for £15.5million, according to reports.

The Home of Quality and reliable football News 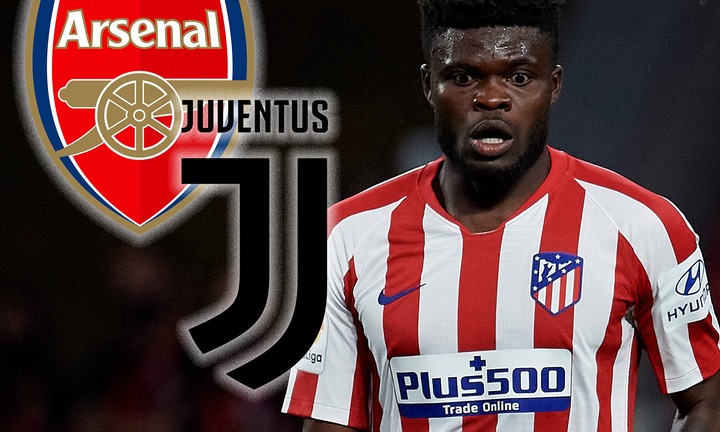 6 Times Ghanaian Nurses Were Caught On Camera Risking Their Lives To Save Lives. (Pictures)