By NanaOscar01 (self media writer) | 1 month ago 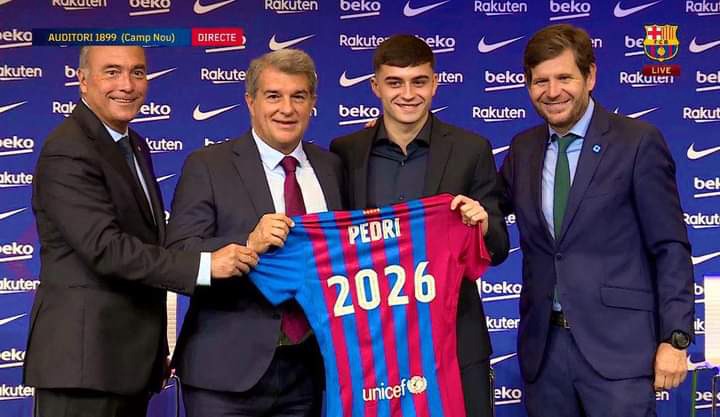 Pedro Gonzalez Lopez (born 25 November 2002), also called Pedri, is a Spanish international player who plays as a midfielder for Barcelona in the La Liga and has been the key player for both club and country.

He became Barcelona's official player on 20 August 2020, His great creativity and vision on the pitch pave the way to be called in the Spanish national team. He is also regarded as the wonder kid for the future player for both parties (Barcelona and Spain) respectively.

Due to His great performance, He had the chance to play in the Olympics Games, UEFA Nations League, and many more. He played with it wholeheartedly. His effort made Spain reach the final of the UEFA Nations League but eventually lost to France.

Pedri and Barcelona have reached an agreement to extend their contract until June 2026 with a buy-out clause of 1 billion euros.

Content created and supplied by: NanaOscar01 (via Opera News )