By NanaAmpaduKhelly (self media writer) | 9 months ago 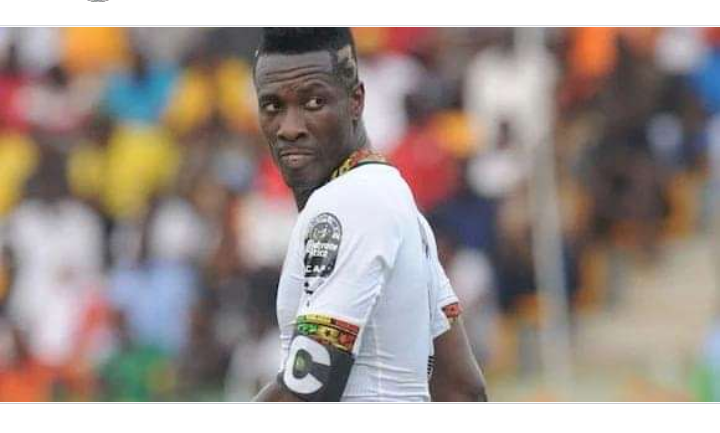 Asamoah Gyan has opened up about becoming Black Stars captain – the first time he’s captaining a team in his career.

The 36-year-old was named captain of the national team in 2012, taking over from John Mensah. He captained the Black Stars until the eve of the 2019 Africa Cup of Nations, when Coach Kwesi Appiah appointed Andre Ayew as the new captain.

Gyan then prematurely announced retiring from international football because of the decision, before President Nana Akufo-Addo intervened, and he rescinded his decision to return for the 2019 Afcon in Egypt.

This was just one of the controversial topics that came up during Gyan’s tenure as Ghana captain.

Recounting how he became Black Stars captain, the former Sunderland star disclosed he never cherished becoming captain in all the teams he has played for until he was approached to take over the Ghana captaincy.

Asked if he had always dreamed of captaining the Black Stars captain, Gyan told Asaase Radio: “honestly, no. Throughout my career, I didn’t like this captaincy. When I was young, everywhere I go they say they want to give me captain, I say I don’t want.

“It was something I didn’t cherish. It got to a time they had to speak to me, even when the captaincy was given to me, I had to consult the senior players.

“There were numerous senior players who came before me at that time. John Paintsil was there, Sulley Muntari was there, I had to ask them.

“So they were as if they accept it and everything. I said, okay, this will be my first time being a captain because my whole career I’ve never been captain before,, so I have to accept it in good faith.”