It was a thrilling encounter at the London stadium where the London Derby between league leaders, Chelsea and West Ham United ensued. With head-to-head statistics clearly favouring the Blues, many expected Chelsea to emerge victorious despite the red-hot form of the Hammers however the result happened to be an unbelievable one, after Chelsea bottled a 1-2 lead to lose by 3-2. Thiago Silva scored the first goal of the game in the 29th minutes to give Thomas Tuchel's men the lead, but the Hammers equalized in the 40th minutes with a penalty, dispatched by Manuel Lanzini. 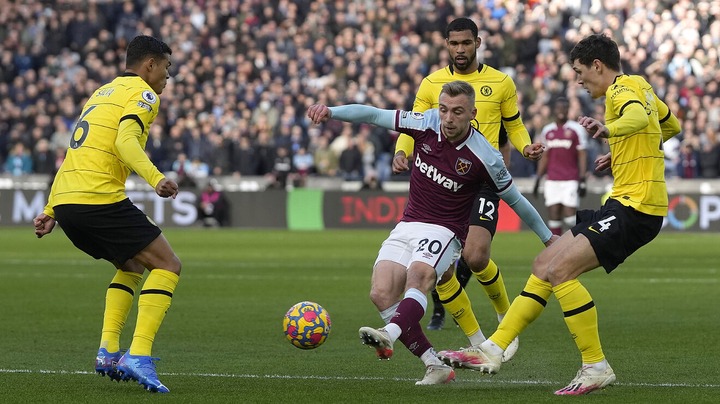 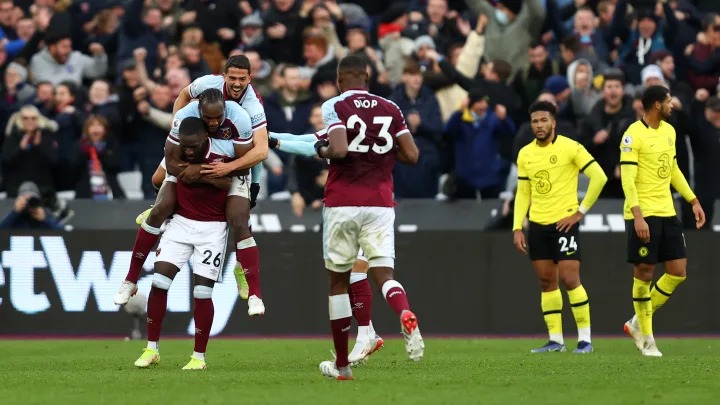 Mason Mount restored Chelsea's lead few minutes to end the first half but West Ham responded again with another goal, 11 minutes into the second half scored by Jarrod Bowen. Thomas Tuchel's made a number of substitutions hoping to alter the game in Blue's favour, but little did they know the 3rd goal for West Ham was few minutes away, and it arrived it the 87th minutes when Arthur Masuaku's cross managed to beat Mendy to give Hammers the lead. Chelsea fans were greatly displeased with the defeat and launched some criticisms against some players especially, Edouard Mendy and Jorginho for causing the defeat. Thomas Tuchel was also not speared and was given a share of the criticisms, however some impatient fans of the club are already calling for his sack following the defeat. One chelsea fan opined the German manager's finished tactics is getting exposed. Have a look at the comments. 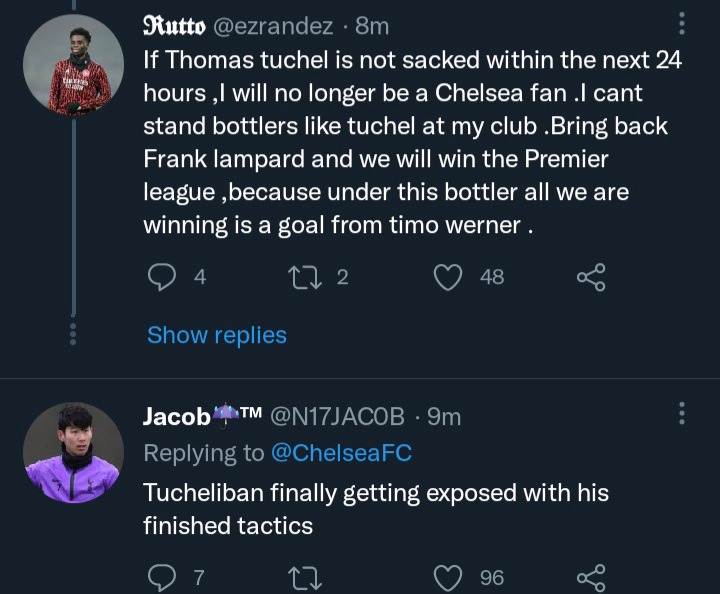 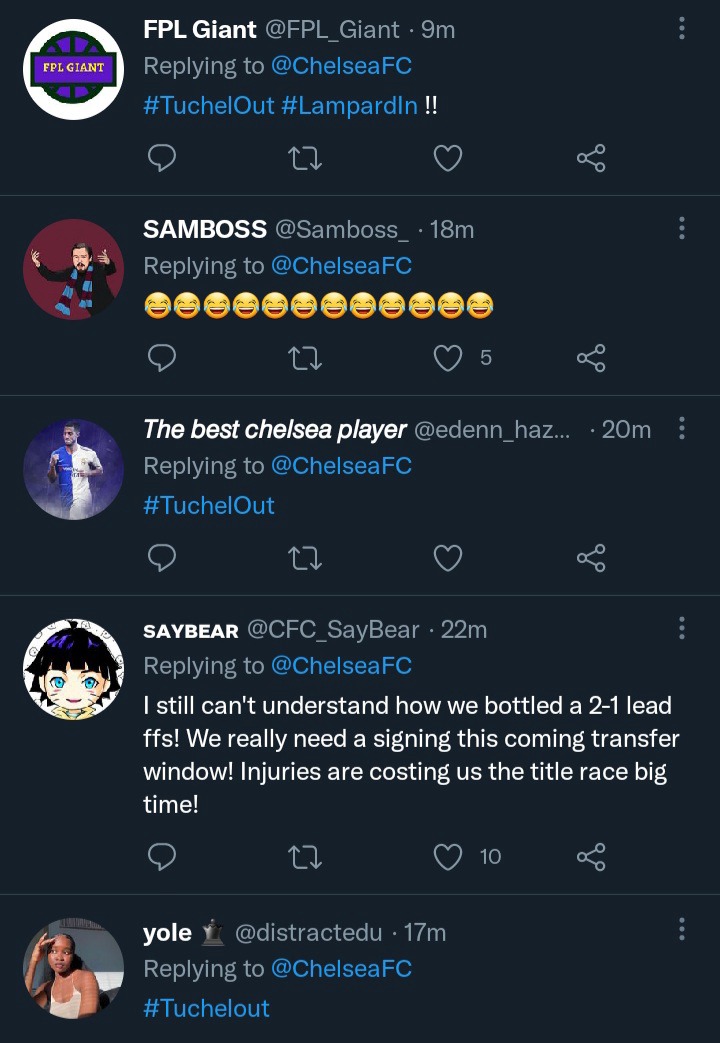 The defeat means Blues have stumbled from the top of the premier league table to the 3rd position, since Liverpool have won their match and Manchester City are on the verge of winning their game today and appears to be a big scare in light of Chelsea's pursuit for the title. Meanwhile they have another tough match ahead of them against Russian outfit, Zenit Saint Petersburg in the UEFA Champions League on Wednesday, before they host Leeds United at the Stamford Bridge in their next premier league game.