By Lyrus (self media writer) | 9 months ago 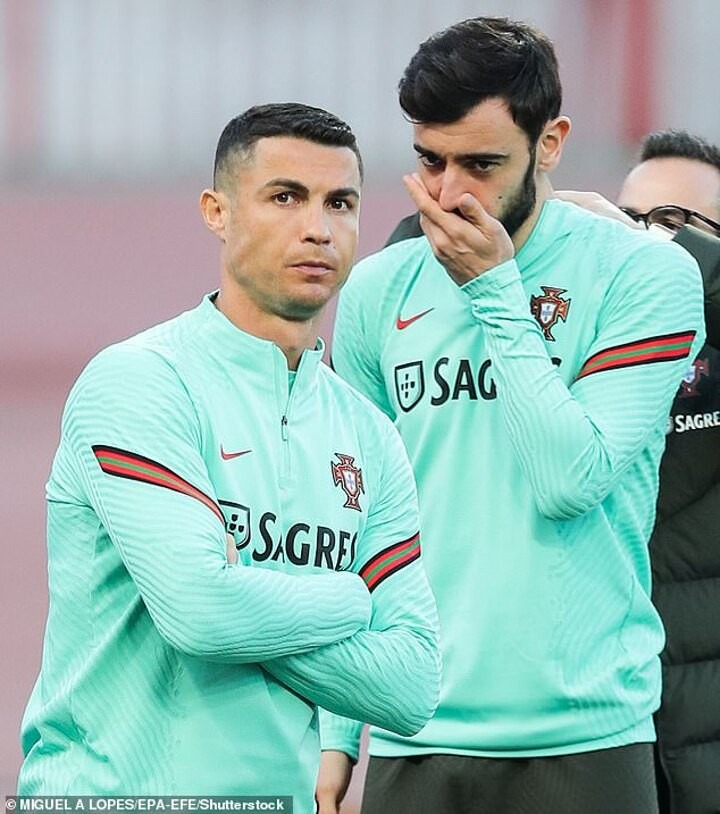 Football is any of several games played between two teams on a usually rectangular field having goalposts or goals at each end and whose object is to get the ball over a goal line, into a goal, or between goalposts by running, passing, or kicking

Players kiss the ball when they are offered with an opportunity like penalty, free kick and corner kick signifying 'good luck' to them.

It has come to the notice of fun base that Christian Ronaldo's team mate Bruno Fernandez was the cause why Ronaldo spoilt the penalty against their opponent Republic of Ireland on Wednesday being it 1st September 2021.

Bruno was seen kissing the ball before passing it to Ronaldo, kissing the ball means giving out good luck for the opportunity given but Bruno own was believe to the opposite of why footballers kiss the ball.

This is to believed because Bruno wanted Ronaldo to spoil the penalty so that when he is playing with Ronaldo in the upcoming Manchester United match and a penalty opportunity present itself Ronaldo will be seen not worthy of playing the penalty.

Ronaldo later gave two goals when Bruno was substituted, this all portrays that Bruno was the cause of Ronaldo's bad luck at the start of of the match.

These are the reasons of some Ronaldo's fan base. What are the fan base of Bruno Fernandez saying. Is the accusations true or not?

Content created and supplied by: Lyrus (via Opera News )

Pineapple Leaves as a Remedy for Waist Pains and Other Illnesses

For the night: Know what is crushing your sex drive