By smssport (self meida writer) | 21 days 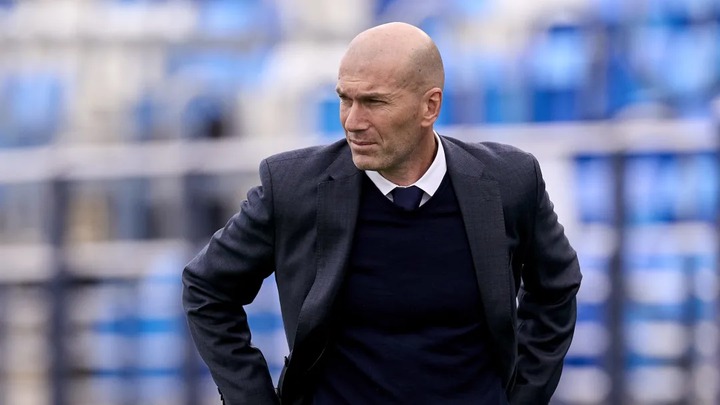 Athletico Madrid secured the laliga title on the final day of the season after beating Real Valladolid.

A slip by Diego Simeone's team would've won real Madrid the league title as it appeared at the early stages of the game.

A fine finish from Angel Correa put Athletico Madrid back in the game.

Diego Simeone was full of praise for the ex Barcelona star.

Suarez in a quest to prove Barcelona wrong for his transfer turned to be a blessing in disguise for the Athleti.

However, while Athletico Madrid cerebrated their triumph, ex Athleti and Ghanaian midfielder Thomas Partey was in the news for controversial reasons. 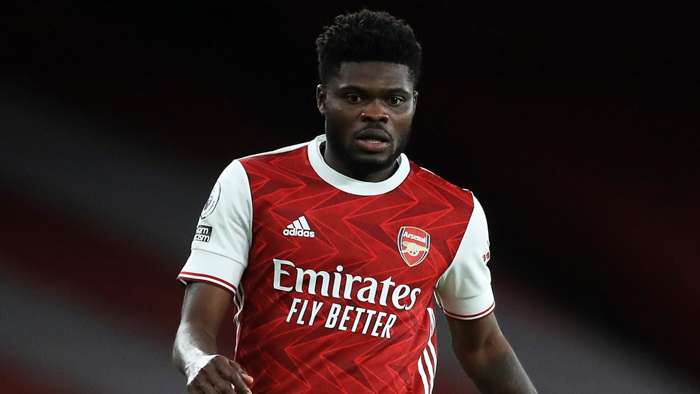 The Arsenal man featured in three games for Madrid before switching to Arsenal.

There were mixed reactions as some fans appreciated the midfielder for his role in the early stages of the campaign,

Which many believe merit a champions medal from the Spanish champions,

Below is the reactions captured on Twitter about Partey 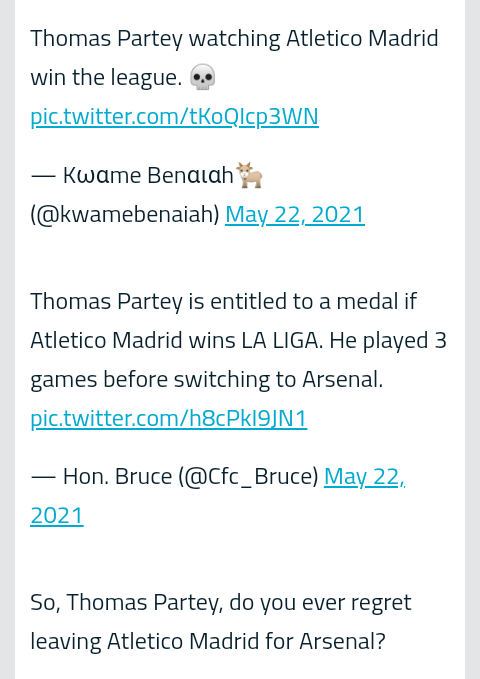 In ether way, Thomas Partey's contribution can not be over looked and he deserves praise from the Athleti camp.

Do you think Partey's ridicule from the Athleti camp is fair?

Remember The Woman That Got Married To Her Dog, See Some Recent Pics Of her And Her Husband