By Team-Gaius (self media writer) | 2 months ago

Having scored against the Yellow Submarine, the Senegal ace has eclipsed a feat achieved by the Ivorian football legend. 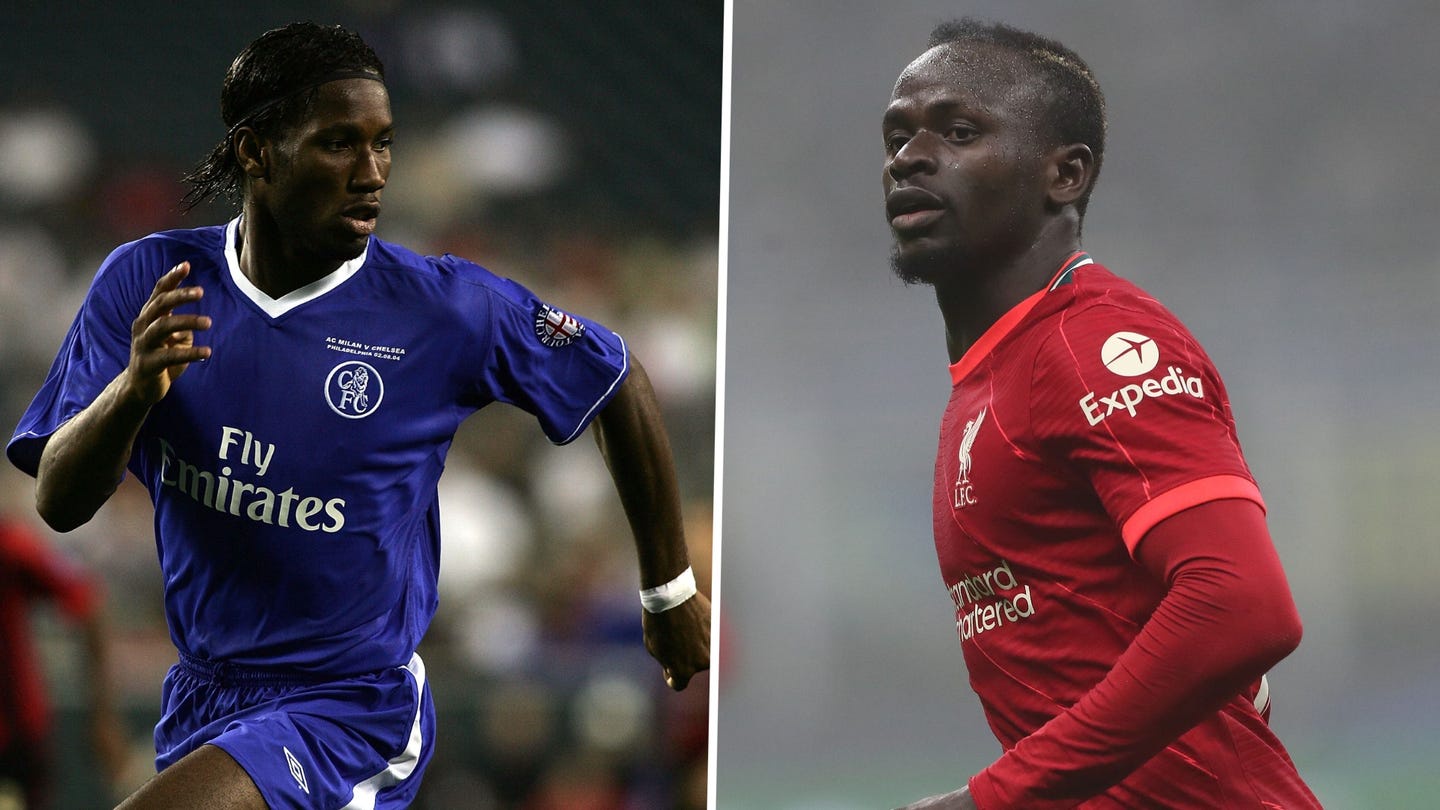 Sadio Mane has broken Didier Drogba's record for most goals scored in the Champions League knockout stages in Africa.

In Tuesday's semi-final second leg match at Estadio de la Ceramica, the Senegal international was among the goal scorers as Liverpool overcame a two-goal deficit to defeat Villarreal 3-2. He did so by establishing a new standard for African forwards in European club play.

The Yellow Submarine seized an early lead due to Boulaye Dia, with the Spanish side needing to overturn a 2-0 first-leg defeat against the Reds.

The goal by the Senegalese international ( Bouyale Dia ) came after two minutes and 51 seconds, the earliest the Premier League side has conceded since April 2018. (after one minute and 57 seconds vs Manchester City). Unai Emery's side increased their lead four minutes before halftime as Francis Coquelin headed Etienne Capoue's cross past Alisson.

In the second half, Jurgen Klopp's side staged a comeback. First, thanks to Mohamed Salah's assist, Fabinho drew one back for the visitors two minutes after the hour mark. Trent Alexander-Arnold teed up Luis Diaz for the equalizer five minutes later, before Mane completed the comeback triumph in the 74th minute with a feed from Naby Keita.

With that goal, the African Player of the Year has now scored 15 goals in the Champions League's knockout stages, surpassing the Chelsea icon as the African player with the most such goals in the competition's history. Salah of Egypt is in third place with 11 goals, while Barcelona veteran Samuel Eto'o is in fourth place with ten.

Only Real Madrid striker Karim Benzema (16) has scored more knockout stage goals than Mane since his first appearance in the competition (during the 2017-18 season). The final, scheduled for May 28 at Stade de France, will feature Liverpool against either Manchester City or Real Madrid.