By The_One (self media writer) | 1 month ago

On September 28, 2022, a car incident in the US claimed the life of Ghanaian player Eugene Quaynor. 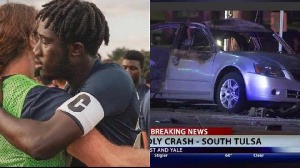 Three days after his birthday on September 22nd, Eugene Quaynor passed away at the age of 23.

Eugene Quaynor stopped at the intersection of East 71st Street and South Yale Avenue while the light was still red, resulting in the terrible collision. 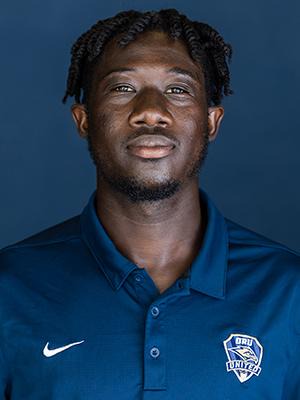 In order to push Quaynor's car into the middle of the road, the negligent driver rear-ended Quaynor's vehicle as he approached the intersection of the traffic signal at a high rate of speed.

The automobile driven by Eugene Quaynor instantly caught fire. The deceased football player reportedly tried to flee but was locked inside his automobile and died as a result.

According to a report from the Tulsa Police Department (TPD), the massive SUV's driver, who is suspected of having been driving under the influence of alcohol, had only minor injuries and was transported to the hospital.

Eugene Quaynor attended the Oyoko Methodist SHS where he helped his team win the "interco" games. He was born in Accra, Ghana. Later, he continued his schooling at the University of Ghana, where he contributed to the school's third-place finish in the GUSA competition.

Later, Quaynor was awarded a scholarship at Oral Roberts University in the United States to continue his studies in sports management.

At the time of his passing, the captain of the Oral Roberts football team was a Ghanaian player known for his strong tackling style. On the day of his passing, Eugene Quaynor played his team's final game, winning 3-1 against Lindenwood.