By solutionsworld (self media writer) | 1 year ago

Chelsea fans are very excited after their women's team won the community shield against Manchester City about a week ago.

It is a very good result that will hugely boost the team as they look poised to begin the 2020/21 Barclays FA Women's Super League season on Sunday.

They will be playing Manchester United in their maiden fixture but that will not be a big problem to Emma Hayes side after a new world class player joined her team that already posses some of the best women footballers in the world. 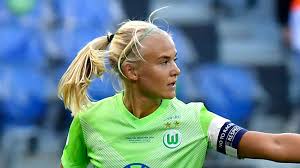 Pernille Harder joined the blues women's team from German side Wolfsburg this week. The prolific forward has spent the past three-and-a-half years playing for Wolfsburg and it was there she established herself as one of Europe’s top footballers. She won the UEFA player of the year award in 2018.

At Wolfsburg she scored 103 times in 113 matches, having previously scored 85 goals in 109 appearances for Sweden side Linkopings in the Swedish league, while she averaged better than a goal a game at Skovbakken in her homeland, scoring 25 Champions League goals from 28 games makes it clear that Chelsea's women coach Emma Hayes has added another lethal finisher to her already prolific attacking squad.

On signing for Chelsea, Harder said: ‘I’m extremely happy and extremely excited to get started, to finally be here and be a Chelsea player. I couldn’t be more happy. 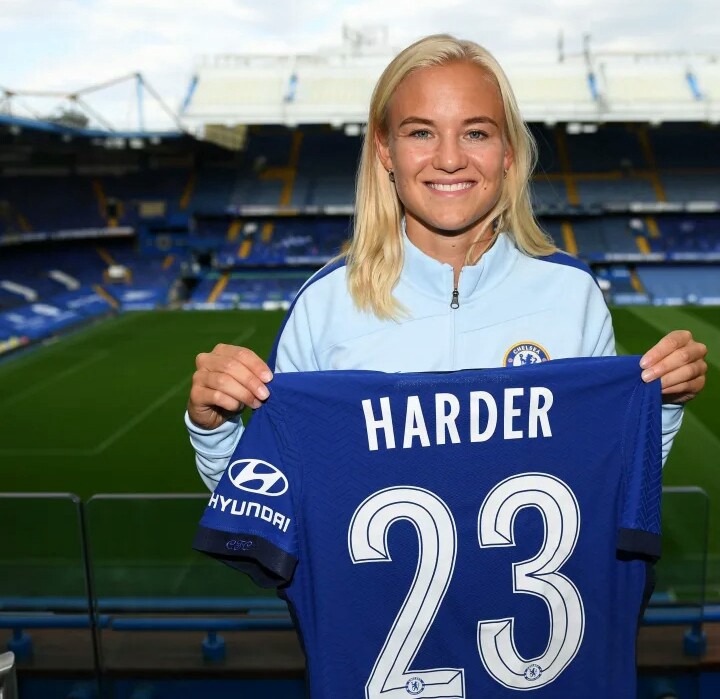 'I’m excited to just play for such a big club, to play with so many amazing players and to also be playing in the league [Women’s Super League]. The English league, it’s so exciting at the moment and I’m really looking forward to it.'

Chelsea fans will be hoping that she will be able to make Chelsea European and English champions next season. Welcome Pernille.

Content created and supplied by: solutionsworld (via Opera News )