Ahead of their participation in the 2022/23 Ghana football season, champions Asante Kotoko has confirmed their pre-season program for the campaign ahead.

The new season is scheduled to kick-off in September with the start of the Ghana Premier League, GPL competition.

And, the Porcupines have stated that they will be leaving for Turkey on Sunday to finalize their preparations for what will be a very demanding campaign.

The majority of the team arrived safely in Accra from Kumasi on Tuesday morning and, they will start their preparations for next season on Wednesday in the capital.

Coach Abdul Gazale will lead the technical team in taking the players through their paces beginning tomorrow and ending on Saturday, before they head to Europe to continue with their pre-season rituals. 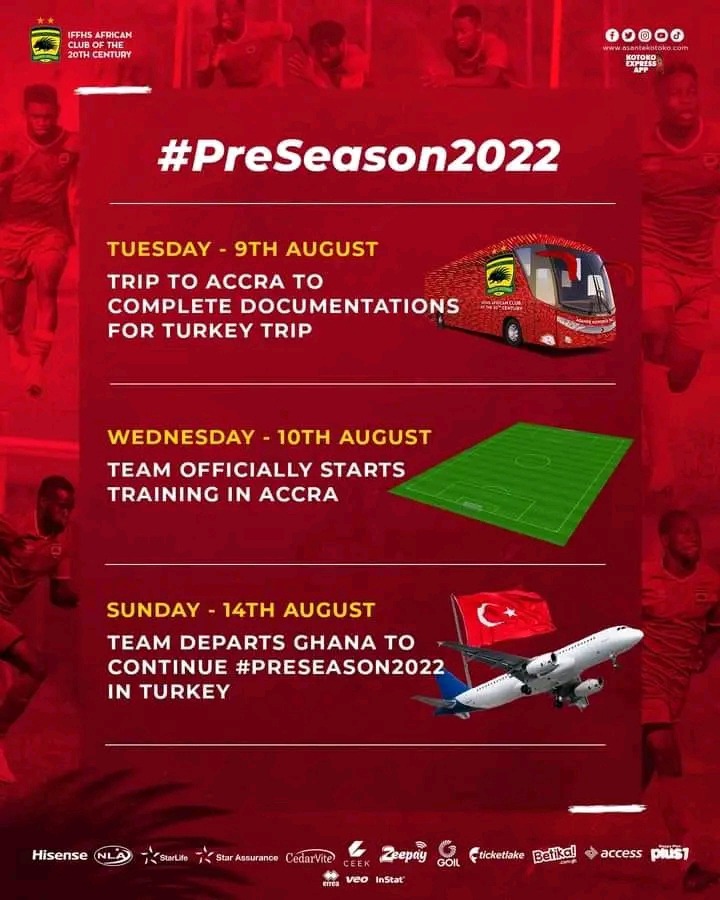 Whilst in Turkey, the Garden City club will be engaged in a couple of friendly matches including one lined up with Rivers United of Nigeria.

The Port Harcourt based side, won the Nigerian championship last season and, like Kotoko, will participate in the CAF Champions League competition next season.

Rivers United will also head to Europe for their pre-season program and, will take on the Ghana champions on August 28.

Asante Kotoko has made some signings ahead of the start of the new campaign including Ugandan international striker Steven Dese Mukwala.

The Porcupines will be announcing further signings before the transfer window closes next week as the new season nears.

The Porcupines will return to Ghana on August 30 to put finishing touches on their preparations for the new season in September.