By MySportsDailyNews (self media writer) | 1 year ago 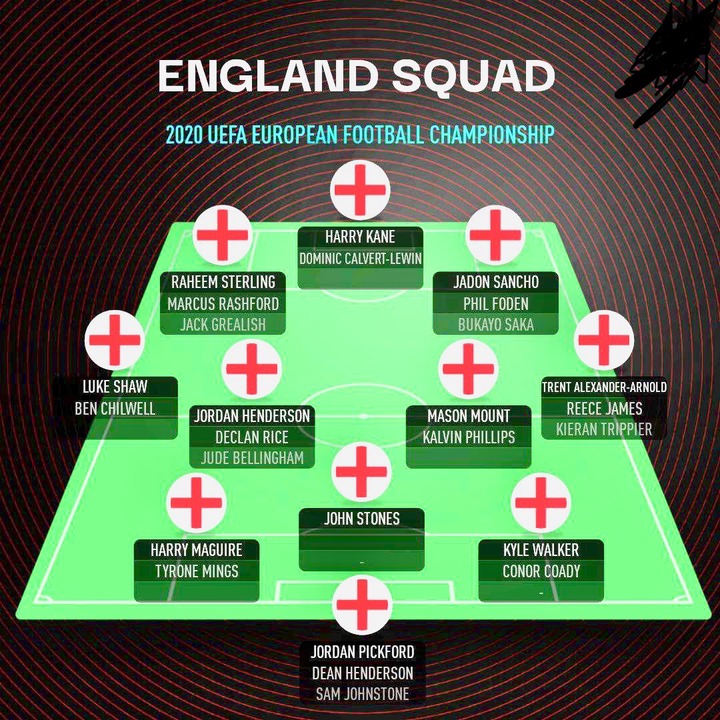 England, a well known nation for football talents have finally released their squad to face other nations in the 2020 Euros.

Below are the players, Gareth Southgate, England head coach, chose to play with;

Other players like Mason Greenwood(Manchester United), missed out because of injury.

To add up, England will be a team to watch in the upcoming Euros that starts in the month of June. They have been predicted as one of the favorite nations to clinch their hands to an European Championship trophy.

Content created and supplied by: MySportsDailyNews (via Opera News )