By allround.news (self meida writer) | 26 days

2. Afcon qualifiers: Super Eagles to travel to Benin by boat. 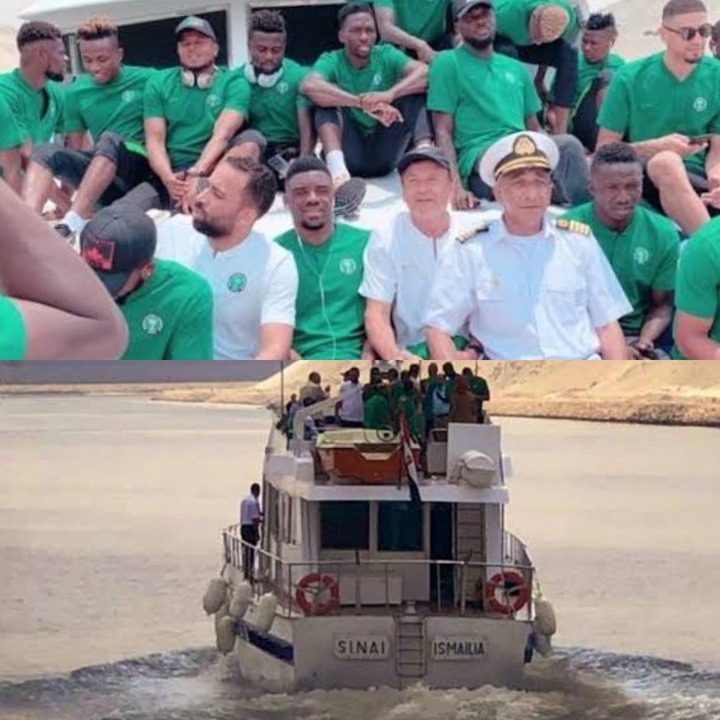 3. Morata reveals he came close to depression during Chelsea stint.

9. Paul Ince urges Solskjaer to make a move for Aguero.

✒️✒️Barcelona forward Ansu Fati (18) could miss the rest of the LaLiga season as well as Euro 2020, as he faces possible surgery for a third time to correct a meniscus injury in his left knee.

✒️✒️Some specialists have told Ansu Fati that the doctor who performed surgery on his knee did not properly suture the meniscus. They advise for a different doctor to remove another part of his meniscus to recover fully.

✒️✒️Barcelona and Real Madrid named as the best clubs in the world in the last decade, according to International Federation of Football History and Statistics. Barça were ranked with 2,877 points with Madrid second on 2,782 with German giants Bayern Munich completing the top three with a points tally of 2,594.5.

✒️✒️Bayern Munich midfielder Joshua Kimmich has now revealed to Bild that Barcelona and Spain icon Xavi is the player he considers to be one of his greatest idols.

✒️✒️Atletico Madrid captain Koke has confessed that it would be “very painful” if his side failed to win the title in La Liga this season.

✒️✒️Kylian Mbappé has told Real Madrid that his future will be decided this summer. His priority is Madrid, but if they don't sign him, he will either renew with PSG.

✒️✒️Manchester City defender Eric Garcia has agreed a five-year contract at Barcelona and will be the club’s first signing of the summer transfer window.

✒️✒️Jordi Cruyff has paid tribute to his legendary late father Johan, who died of lung cancer five years ago today. The Barcelona and Holland icon was one of the greatest talents and football minds the world has ever known and his legacy lives on.

✒️✒️Former Real Madrid president Ramon Calderon has said that Gareth Bale is 'not happy' at how his return to Tottenham has panned out and doubts that Los Blancos would be able to afford Harry Kane.

✒️✒️Philippe Coutinho will have a third surgery on his knee that will keep him out for a few more weeks. It is not decided whether he will have it now, or after the end of the season.

✒️✒️AC Milan wants Brahim Díaz to stay next season but the player is leaning towards returning to Madrid to replace the departing Lucas Vazquez in the squad.

✒️✒️The reports of Bayern Munich being in advanced talks to sign Lucas Vazquez are not true, according to Bild.

✒️✒️Ukraine boss Andrey Shevchenko confirms anti-Kylian Mbappé plan: "We put more players there to close that flank. One to put pressure on him, the other to close the space."

✒️✒️Olivier Giroud reacts to surprise 1-1 draw with Ukraine: "We are not going to make excuses."

✒️✒️FFF decides to declare the 2020/21 campaign null & void for the French 4th division & below - some games were played in September/October + Coupe de France, but otherwise no action owing to COVID-19.

✒️✒️Lucas Hernandez has not lost whilst wearing a France shirt in his last 18 appearances.

✒️✒️Bayern Munich superstar Alphonso Davies has become the first footballer to be made a United Nations ambassador.

✒️✒️Sepp Blatter has been handed a new six-year ban from football for breaching FIFA's Code of Ethics. Blatter is currently serving a suspension he received back in 2015 for conflict of interest and dereliction of duty charges.

✒️✒️Lazio midfielder Daniel Guerini has unfortunately passed away after a car crash today. He was only 19 years old. May he rest in peace. Our condolences to his family and friends.

✒️✒️Jorginho’s agent admits the Chelsea midfielder wants to move back to Serie A if he leaves the Blues and refuses to rule out a return to Napoli.

✒️✒️Nicolò Barella and Federico Chiesa are some of the doubts to start for Italy against Northern Ireland in today opening 2022 World Cup qualifier.

✒️✒️Italy will wear black armbands in their World Cup qualifier against Northern Ireland, marking the recent death of five Azzurri legends. There will be a minute’s silence in tribute to Pietro Anastasi, Mauro Bellugi, Mario Corso, Pierino Prati and Paolo Rossi.

✒️✒️Roma talent Nicolò Zaniolo can resume full training after a knee check-up and should be ready to play again on April 10.

✒️✒️Inter Milan - Sassuolo will be played on April 7, at the same time as Juventus-Napoli, Lega Calcio announced.

✒️✒️Napoli centre-back Kalidou Koulibaly will most likely leave the Partenopei this summer, according to La Gazzetta dello Sport.

✒️✒️AC Milan have reportedly offered Gianluigi Donnarumma a new deal worth €8m but have started to look around for possible replacements too.

✒️✒️Arturo Vidal has reportedly not met the expectations at Inter and seems set to leave already after one season with the Nerazzurri.

🎱🎱Manchester United have announced that Nicky Butt is to step down from his role as head of first-team development and will leave the club following nine years of service behind the scenes.

🎱🎱Manchester United manager Ole Gunnar Solskjaer has already begun making his move to convince Erling Haaland to join him at Old Trafford in the summer.

🎱🎱Paul Ince has called on Manchester United to make an audacious move for Manchester City striker Sergio Aguero on a free transfer this summer.

🎱🎱Former Manchester United hardman Roy Keane has emerged as the new favourite to take over as manager of Celtic.

🎱🎱Arsenal will reportedly turn their attention to signing Philippe Coutinho if they're unable to permanently secure Martin Odegaard's services.

🎱🎱Juventus are reportedly willing to offer Everton Aaron Ramsey in a swap deal for Moise Kean.

🎱🎱Premier League clubs are being hit with a £5,000 fine every time a player swaps shirts after a game, with one side already penalised twice.

🎱🎱8,000 fans could return for the Carabao Cup final next month with Tottenham and Man City each set to receive just a Quarter of the tickets because the majority will be given to NHS staff and local residents

🎱🎱UEFA are preparing to get rid of Financial Fair Play regulations to allow teams greater control over their finances, according to reports in Italy.

🎱🎱Arsenal were given an injury scare on Wednesday night after Martin Odegaard went off injured on international duty with Norway.

🎱🎱Christian Pulisic has expressed his desire to feature for the USA at this summer's delayed Olympic Games in Tokyo, which would interrupt his preparations ahead of next season for Chelsea.

🎱🎱Jorginho's agent has refused to rule out a move to former club Napoli this summer but added the midfielder is an 'important' part of the puzzle at Chelsea.

Update on Akuapem Poloo after day 4 of her jail sentence.

Update on Kasoa killing: Police given two weeks to establish age of one suspect. Case is adjourned