I Wanted To Take The Penalty But He Refused - Grealish Reveals

By Koinonia (self media writer) | 3 months ago 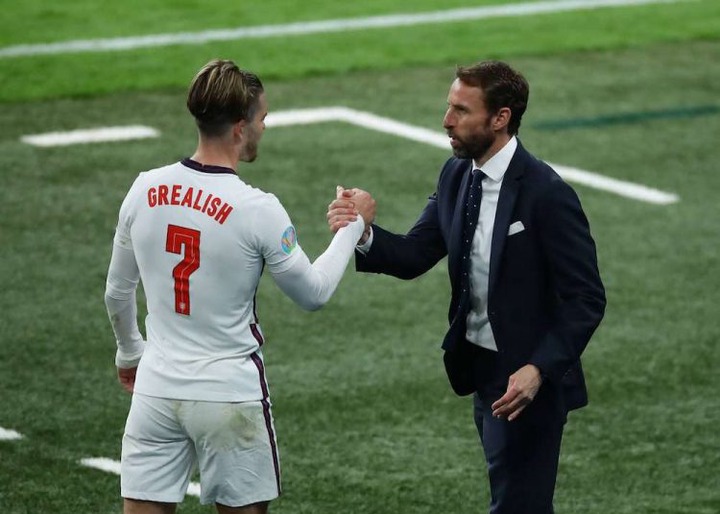 England and Aston Villa midfield goal poacher Jack Grealish has revealed he to take the final penalty in the final of the European Cup final against Italy, but Southgate turned him down.

Bukayo Saka handed defeat to the 3 lions, after the 19 year old Arsenal attacker failed to score against Dunaruma.

Following the defeat, senior members of the squad have been criticized for not taking responsibility but rather deferring to a younger inexperienced player.

Taking to his Twitter handle to defend himself, Grealish disclosed that he informed the manager of his willingness to take the final kick. 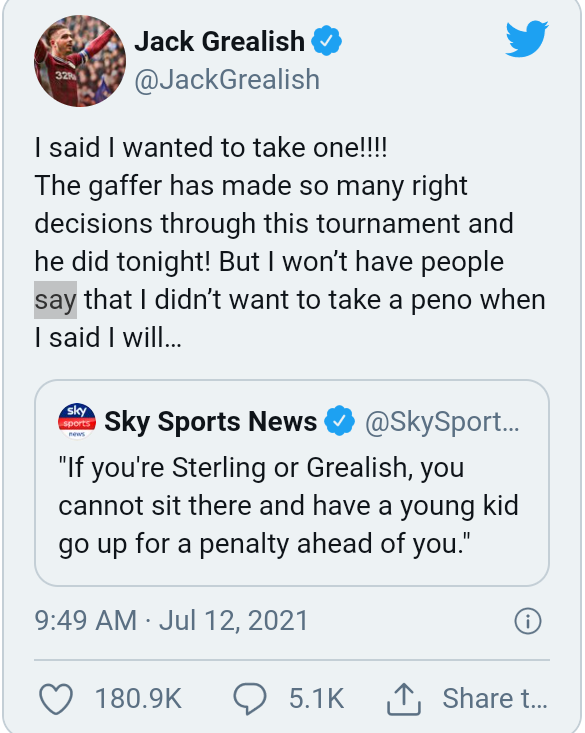 England has had a golden opportunity to snatch this trophy after getting an early opener in against a team that has the toughest backline of defense in the tournament.

Amidst all the brouhaha concerning penalty-taking selection, Southgate has taken full responsibility for England's loss to an impeccable team.

Tears from both playing body and fans couldn't hold their tears, as emotions in an atmosphere of hope plummeted into a painful drama in their backyard [Wembley Stadium]

Your Juju powers cannot save you from Damapre - Fearless armed robber busted in Eastern Region.

If You Experience Itchy Ears And Throat, Just Know That These 2 Things May Be Happening To You

Secret Guide: How To Get The Girl Of Your Dreams Quickly