Check Out EPL, La Liga, Serie A And Ligue 1 Tables Before International Break

By JNTurkson (self media writer) | 21 days ago

The weekend saw some of the some best clubs in Europe compete against one another in the respective leagues. Some of the matches produced surprising results whiles others produced satisfying results.

Check below for the league tables across some of the European leagues as the international break is set to begin today: 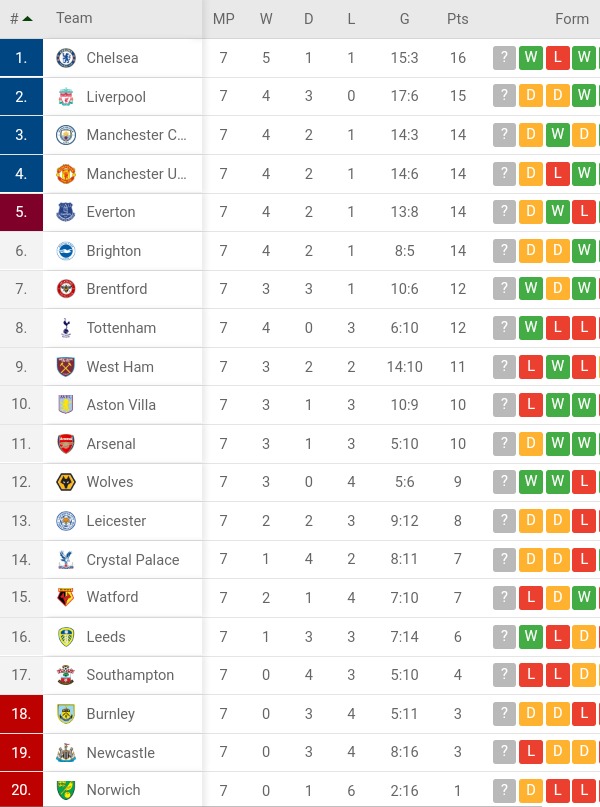 It is very tight at the top of the league table. Chelsea moved to the top of the table after The Blues secured the 3 points at Stamford Bridge in its game against Southampton. Liverpool and Manchester City moved to the 2nd and 4th positions respectively after the encounter between the two teams ended in a 2:2 draw. 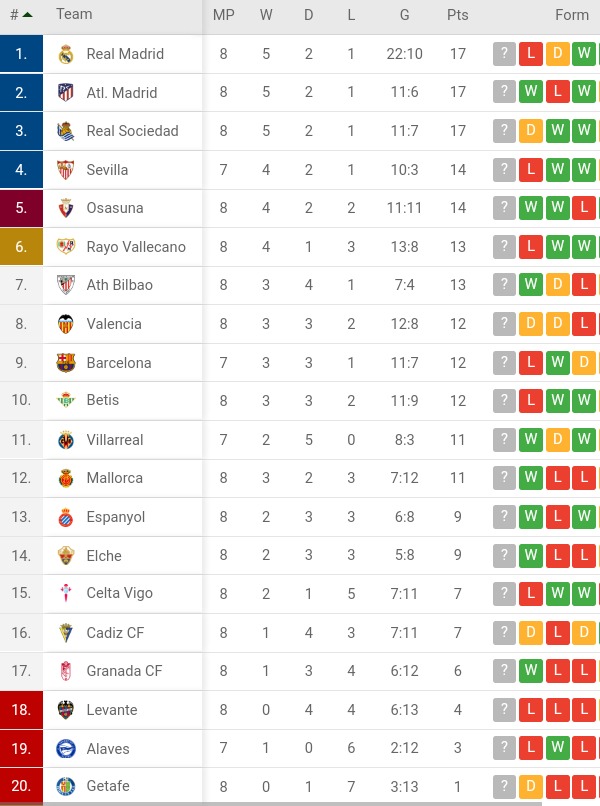 Real Madrid are still at the top of the league even though the club was defeated in its game against RCD Espanyol. Atletico Madrid's sterling performance against Barcelona helped the club to close the gap between it and Real Madrid at the top. The Spanish La Liga table is also very tight at the top as three teams have 17 points each after 8 games. 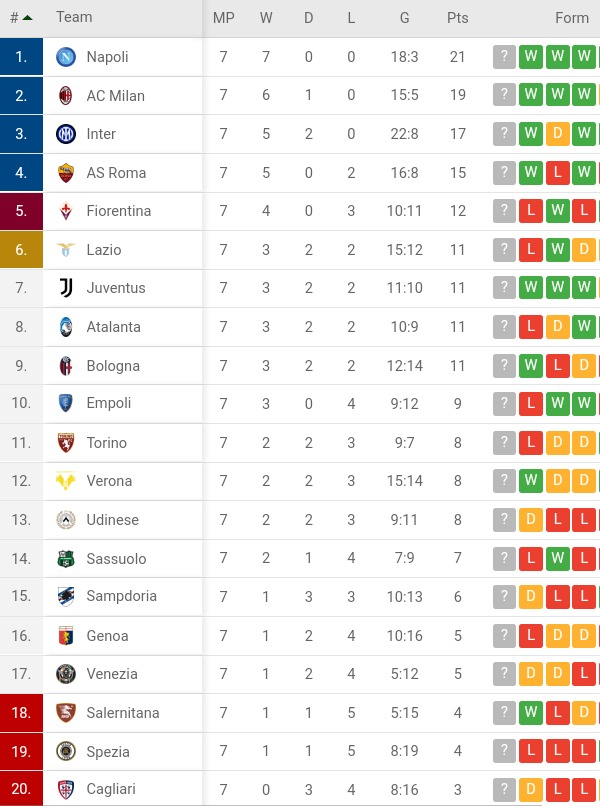 Napoli maintained its 100% record in the league this season as the club won its seventh consecutive Serie A game. AC Milan, Inter Milan and AS Roma also won their respective games to close the gap at the top. Juventus moved few levels up on the league after its nervy 1:0 win over Torino. 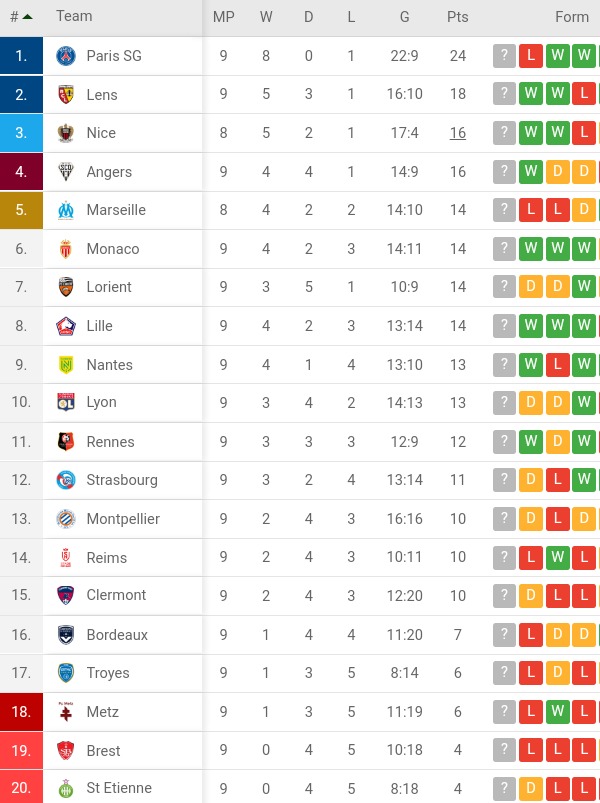 The PSG game shocked most fans as the French giants lost to Rennes. Despite the loss, PSG are at the top of the league table with 24 points. Lens, Nice and Angers are at the 2nd, 3rd and 4th positions respectively.